RJD leader extended complete support of his party to the All India Trinamool Congress (TMC) for the upcoming polls in West Bengal. Tejashwi Yadav assured Mamata Banerjee of his support in the campaigns for Hindi-speaking and Bihari voters in the state. 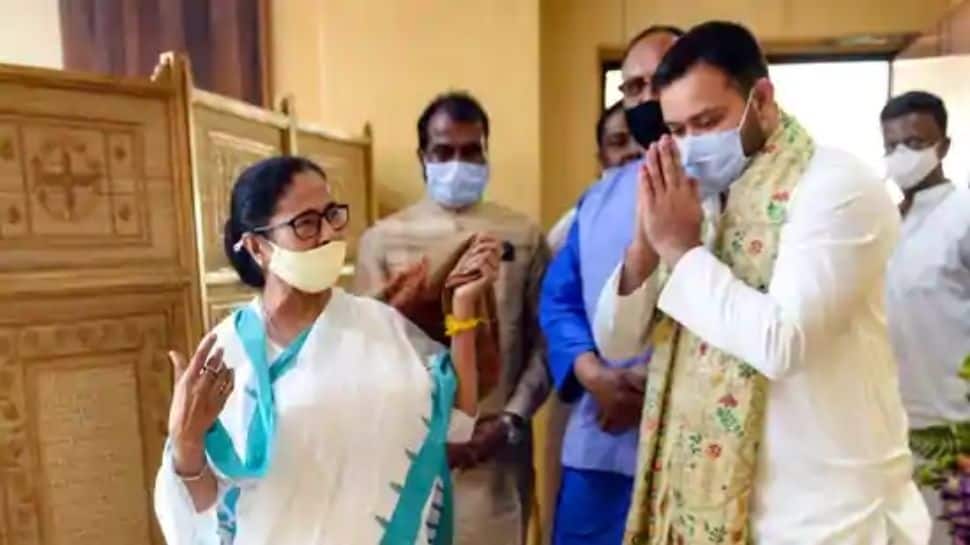 RJD leader extended complete support of his party to the All India Trinamool Congress (TMC) for the upcoming polls in West Bengal. Tejashwi Yadav assured Mamata Banerjee of his support in the campaigns for Hindi-speaking and Bihari voters in the state.

The meeting between the two leaders comes on the same day when Mamata government has to release the list of candidates for the upcoming polls. Reports suggest, RJD and TMC leaders are looking over a possible tie-up.

"Our alliance with the Left and Congress is only in Bihar. It is our duty to strengthen Mamata Didi's hands here and fight the BJP," said Tejaswi Yadav.

The opposition leader of the neighbouring state said that the first priority of his party, RJD, was to stop the BJP's progress in West Bengal in the upcoming assembly elections.

Appealing to the Biharis in West bengal, RJD leader said, "We have always respected Didi, we have good relations. We will stand with Mamata Ji and stand against communal forces who want to break the nation. BJP is dreaming of coming to power here but it won't happen. I want to appeal to people from Bihar to choose wisely.”

On the other hand, CM Mamata Banerjee also announced her stand in the favour of RJD and said, “Lalu Yadav was not released from jail because they knew if Laluji was out, they would lose the elections.”

"When we are fighting, it is brother Tejashwi who is also fighting, we are together," Banerjee added.