Rohingyas may be using Mizoram-Myanmar border to enter India: Report

A report prepared by Indian security agencies has revealed that Rohingyas may now be making use of Mizoram's border with Myanmar to enter India. 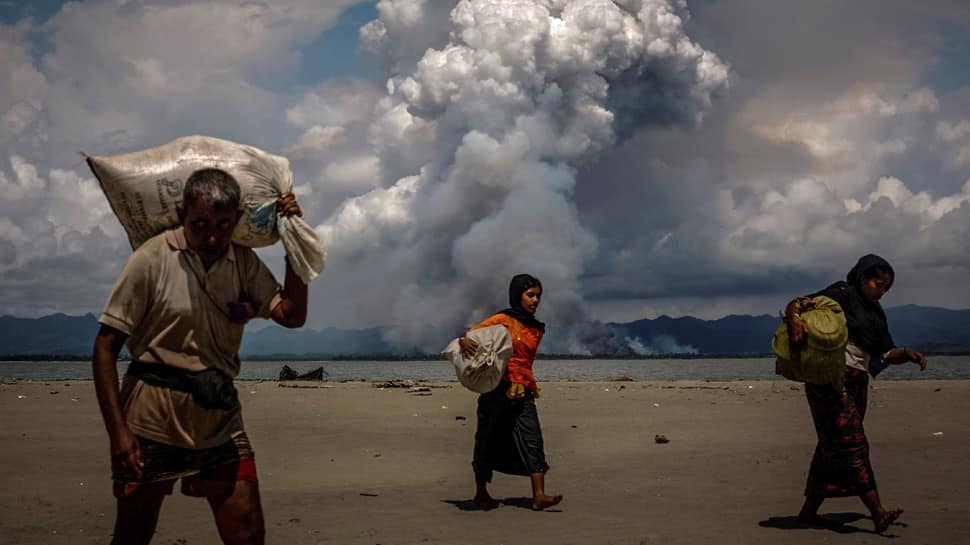 New Delhi: A report prepared by Indian security agencies has revealed that Rohingyas may now be making use of Mizoram's border with Myanmar to enter India.

While India's border with Bangladesh is manned by Border Security Force, the border between Mizoram and Myanmar is secured by personnel from Assam Rifles. And despite keeping a close vigil, there have been some instances where Rohingyas have been caught in Indian territory - in Mizoram. It is suspected that while some of them may have crossed over from Bangladesh, Rohingyas are increasingly looking at taking the route from Myanmar and entering Mizoram by bifurcating Bangladesh.

Earlier this month, on May 5, a group of 12 Rohingyas were apprehended by the Mizoram Police. The group has eight women and four children.

Mizoram Police also suspects that there is human trafficking that may be taking place along the border with Myanmar. There may also be a syndicate that is helping Rohingyas refugees to illegally enter India.

The Home Ministry has asked BSF and Assam Rifled to submit their reports in this matter. A Home Ministry official told Zee News that India's border with Bangladesh in Mizoram is completely sealed and that the BSF is keeping a tight vigil here. "Under such circumstances, we are taking an exhaustive report on if illegal trespassing into our territory is still taking place," he said. "It is possible that they are using Mizoram's border with Myanmar to gain entry.

It is suspected that syndicates operating in this area are helping Rohingya refugees in not only entering India but taking them to other states in the country if and when they manage to cross the border. Sources say that once these refugees enter India and assimilate themselves with the local population, it becomes extremely difficult to locate them.