Rahul Gandhi on Tuesday pleaded not guilty before a trial court in Maharashtra's Bhiwandi in connection with a case filed against him by a RSS activist. 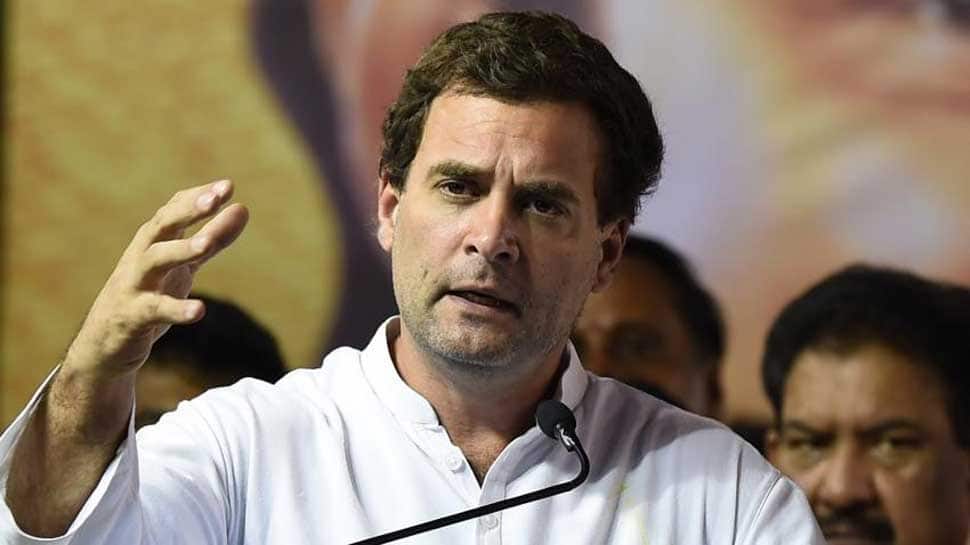 MUMBAI: Congress president Rahul Gandhi on Tuesday pleaded not guilty before a trial court in Maharashtra's Bhiwandi shortly after it ordered the framing of charges against him in connection with a defamation case filed by a Rashtriya Swayamsevak Sangh (RSS) activist.

According to ANI, the court allowed the framing of charges against Rahul Gandhi under Sections 499 and 500 of the Indian Penal Code.

As the proceedings began inside the court and judge AI Sheikh read out the charges against him, Rahul Gandhi said, ''I am not guilty."

The court passed its order shortly after it began hearing in the case filed by RSS activist Rajesh Kunte against the Congress chief.

The Rahul Gandhi had landed in a legal trouble for alleging that the "RSS was behind the assassination of Mahatma Gandhi.''

Gandhi arrived at the Bhiwandi trial court around 11.10 am amid heavy security cover and was greeted by hoards of people raising slogans in his support.

Rahul Gandhi was earlier spotted at the Mumbai Airport. From there, he had proceeded to the court in Bhiwandi, Thane in connection with the RSS defamation case.

The Gandhi scion had failed to appear before the court last month and his lawyer had pleaded the court for an exemption from personal appearance.

The Bhiwandi Court had on January 17 directed the Congress president to depose before it in connection with the case.

Visuals from outside the magistrate court in Bhiwandi, Thane, where Rahul Gandhi will appear shortly in connection with a defamation case filed by Rashtriya Swayamsevak Sangh (RSS). #Maharashtra pic.twitter.com/2lo2Zajep8

The court, while hearing the matter on January 17, had granted Rahul Gandhi an exemption from personal appearance in response to an application presented by his lawyer and set April 23 as the new date for him as he did not appear before the court on that day.

RSS worker Rajesh Kunte had filed the case against the Congress president for claiming that the right-wing organisation had killed Mahatma Gandhi.

In September 2016, Rahul Gandhi had withdrawn his petition filed in the apex court challenging the case and said that he would face the trial.

Rahul Gandhi had expressed his readiness to face the trial after the top court refused to interfere with the criminal proceedings pending against him before the trial court in Bhiwandi.

Besides the RSS defamation case, Rahul, his mother Sonia Gandhi and some top Congress leaders are also under the scanner in connection with alleged misappropriation of funds related to the now-defunct National Herald newspaper.

After attending the hearing at the Bhiwandi court, Rahul is expected to travel to Mumbai where he will interact with Congress’ booth-level workers at an event to be held at the Bombay Exhibition Centre at Goregaon in north Mumbai.

At the function there, Rahul will launch ‘Project Shakti’, a national initiative undertaken by the Congress to facilitate the party leadership establish direct communication with the grassroot workers across the country.

This will be Rahul Gandhi’s first public engagement in Mumbai ever since he took over as Congress president in December 2017.

During his stay in Mumbai, Rahul Gandhi is also expected to meet NCP president Sharad Pawar.