Sameer Wankhede's statement was recorded at the NCB's office in Ballard Estate in south Mumbai. 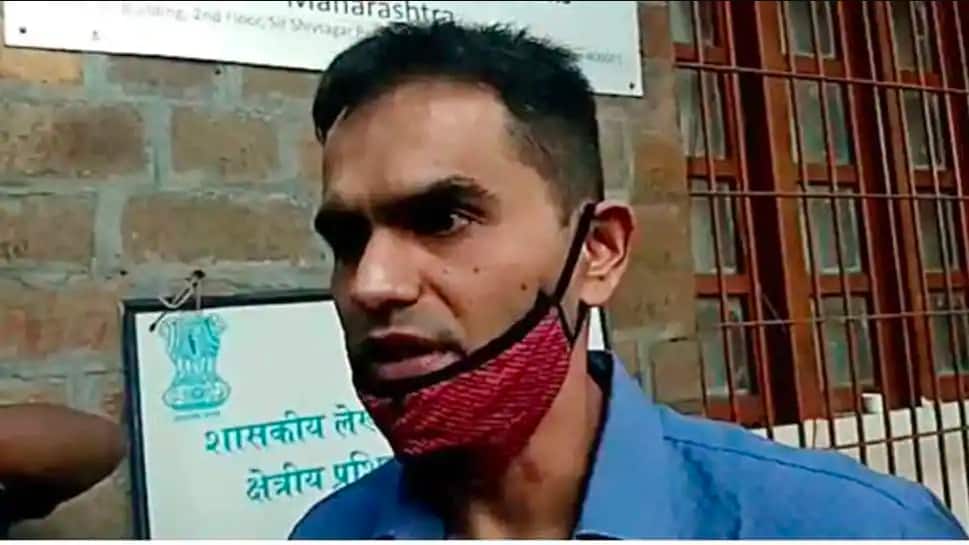 Singh said the NCB team collected some crucial documents of the case from the (western) zone office. "Taking ahead the investigation we recorded statement of Sameer Wankhede for four-and-a-half-hours during which he has shared many things before the team. We will collect some more documents from him in the coming time, and if required, we will get more information from him," Singh told media persons.

Wankhede's statement was recorded at the NCB's office in Ballard Estate in south Mumbai and the CRPF mess in suburban Bandra.

When asked whether Wankhede will continue to probe the cruise drugs seizure case, Singh said, "let the investigation go ahead. If I have something concrete then only I will be able to submit a report to my DG".

He also appealed to K P Gosavi, the absconding witness of NCB in the cruise drugs case, and Prabhakar Sail, another independent witness in the case, to join the enquiry.

"If they had any complaints or allegations they can approach us and record their statements," he said.

Sail had alleged that he had overheard Gosavi speaking over the phone about the Rs 25 crore demand out of which "Rs 8 crore are to be given to Sameer Wankhede".

Responding to a query, Singh said, "We want to conduct an impartial and independent inquiry and that's why we chose different locations for camping rather than the NCB zonal office".

This is an independent place and they (witnesses) can discuss their complaints without any fear before the special team, he said while referring to the CRPF facility in Bandra. "Gosavi and Sail can join the investigation tomorrow or a day after tomorrow and share whatever they want to with the Special Enquiry Team, preferably in the first half of the day," Singh said.

He said the NCB had requested its South West region office to serve notices to the key witnesses- Sail and Gosavi. "An NCB team tried to serve notices to both the witnesses, but found the residence of one of them locked while the other witness cannot be contacted," the DDG said.

Singh said the NCB tried its best to contact Sail and Gosavi on their phone numbers and at the residential addresses as per NCB record, but couldn't contact them. "Through the media, I would like to request them, wherever they are, that they are free to join and submit the evidence, if any, before the Special Inquiry Team, which is camping at the CRPF Mess in Bandra," he said.

On Wednesday morning, a five-member vigilance probe team of the NCB landed in Mumbai and started its probe. They collected some documents and recordings from the NCB office at Ballard Estate in south Mumbai.

DDG Singh is heading the departmental vigilance probe into allegations of extortion. "All the material witnesses in the probe will be called to record their statements, I will not take the name of any individual," Singh added.

The NCB has ordered a vigilance inquiry into the claims made by Sail in the cruise drugs case of an extortion bid of Rs 25 crore by some agency officials, including Sameer Wankhede.

Earlier in the day, a large number of media persons were present outside the NCB's office when Singh arrived.

Wankhede, who is leading the probe in the cruise drugs case, visited the NCB's headquarters in New Delhi on Tuesday and spent over two hours.

Sources earlier said the inquiry will also look at the aspect of Gosavi who was spotted near Aryan Khan after the raids, and the procedures followed by the sleuths while entrusting the custody of all the accused arrested on October 3 from the international cruise terminal in Mumbai.

Photos and videos of Gosavi with Aryan Khan have gone viral on social media and other news platforms.

The role of all the officers and witnesses involved in the case will be probed and it will be recorded if they followed the NCB manual and procedures mentioned in the Narcotic Drugs and Psychotropic Substances (NDPS) Act during such operations, they said.

Wankhede on Sunday wrote to Mumbai Police commissioner Hemant Nagrale, seeking protection from likely legal action "being planned" against him by unknown persons to falsely frame him concerning an alleged vigilance-related issue.

On Monday, he failed to get any relief related to an affidavit on the sensational extortion claims made by Sail, with a special court saying it cannot pass a blanket order barring courts from taking cognisance of the document.

7 booked, 4 arrested for celebrating Pakistan's win over India during T20 World Cup in UP