Vietnamese Ambassador to India Pham was part of a delegation of 15 foreign envoys from different countries visiting Jammu and Kashmir to see first-hand the efforts made by the government to normalise the situation after the revocation of the state's special status in August last year. 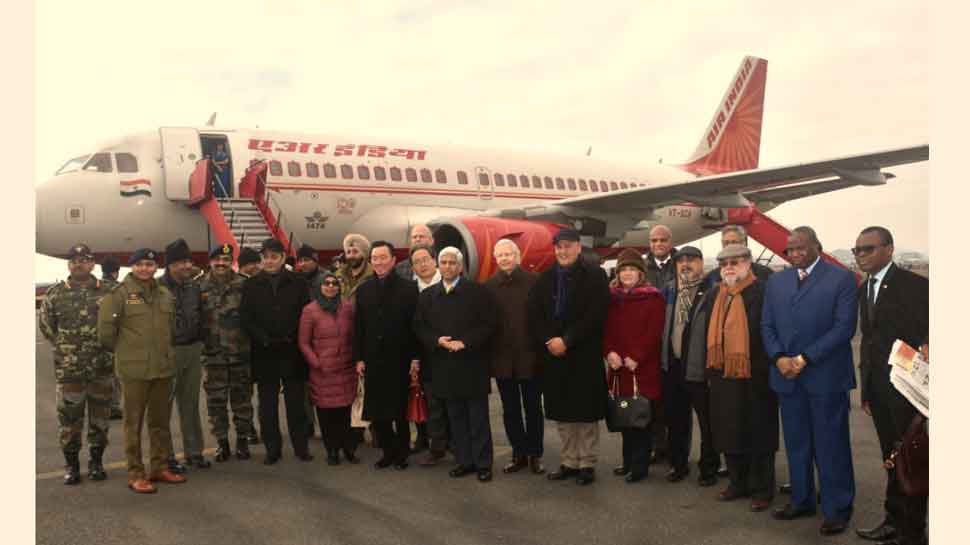 Jammu: Vietnamese Ambassador to India Pham Sanh Chau, who was part of a 15-member delegation of foreign envoys undertaking a two-day visit to Jammu and Kashmir, said on Friday, January 10 that he witnessed "normalcy in the daily lives of people" during his trip to the region.

"I want to say that it was a very worthwhile trip. Seeing is believing. That has us to have a fuller picture of the situation here," Sanh Chau said.

"My observation is that we see normalcy in the daily life of the people, which is a very positive sign," the envoy said, adding that his interactions with different groups in the region had him feel that they are "very happy with the current situation".

Pham was part of a 15-member delegation of foreign envoys visiting J&K to see first-hand the efforts made by the government to normalise the situation after the revocation of the state's special status in August last year.

The envoy added that he was not a "fact-finding delegation, nor the judges of the international court".

"We don't have that mandate, so we just came and observed and have an assessment of our own. I see signs of happiness on the faces of people when I talk to them," he added.

A father and son duo were also seen showing placards to the visiting envoys which read ''Free Kashmir from Islamic terrorism.''

During the visit, they met political leaders, civil society members and senior Army officials in Srinagar and were briefed about the security situation in the region.

The envoys reached Srinagar around 11 am on Thursday and passed through the middle of Lal Chowk in the heart of Srinagar. Their first meeting was with the security officials to understand the challenges of maintaining security in Jammu and Kashmir including the threat of terrorism.