Senior Congress leaders rush to Karnataka to save coalition government

Several Congress leaders also held a meeting in New Delhi on Tuesday to hold discussions over the deepening political crisis in the southern state. 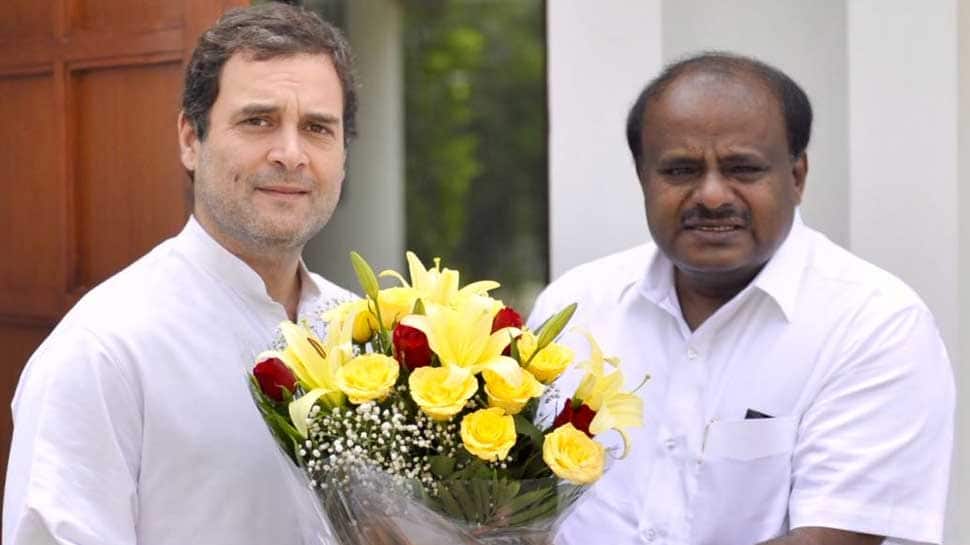 NEW DELHI: Senior Congress leaders including Ghulam Nabi Azad and B.K. Hariprasad on Tuesday rushed to Bengaluru in order to save the 13-month-old Congress-JDS coalition government in Karnataka which is on the brink of collapse after the resignation of over 17 MLAs.

It may be recalled that on Saturday, the Congress had sent General Secretaries Mallikarjun Kharge and K C Venugopal to Karnataka in order to control the situation. Several Congress leaders also held a meeting in New Delhi on Tuesday to hold discussions over the deepening political crisis in the southern state. The meeting was attended by senior Congress leaders like Azad, Ahmed Patel, P. Chidambaram, Jyotiraditya Scindia, Deepender Hooda and Mukul Wasnik.

A senior Karnataka Congress leader Zameer Ahmad on Tuesday told ANI that Congress MLAs have been kidnapped by the BJP and the saffron party is keeping them at gunpoint. Ahmad added that the mobile phones of the rebel Congress MLAs have been seized and they are not even allowed to talk to their family members. Ahmad expressed confidence that the MLAs will return to Congress if they will be set free by the BJP>

Following the political turmoil in the state, Congress is making all efforts to find out a solution to save the government from collapsing. The situation is getting tougher for the grand old party because the differences between senior Congress leader Siddaramaiah and JDS Chief Minister H D Kumaraswamy over who will lead the coalition is widening with each passing hour. Sources said that the Congress is also planning to propose the name of a leader other than Siddaramaiah to occupy the chief minister's post if the JDS agrees to the name of the new leader.

Meanwhile, Karnataka BJP leader Arvind Limbavali said that a high-level BJP delegation is going to meet Governor Vajubhai Bala at 1 PM on Wednesday. He added that the Governor must intervene in this matter immediately. Limbavali noted that the BJP will decide further course of action after meeting with Governor and Assembly Speaker on Wednesday.

In a related development, former Karnataka Chief Minister and BJP's state unit president BS Yeddyurappa has demanded the resignation of Chief Minister Kumaraswamy, claiming that the coalition government is not in majority anymore. "When they have lost the confidence of the House, they have no moral right to conduct the business. That is why we are demanding that he (CM) should resign immediately," he said while talking to reporters.