A member of the warrior Sikh order 'Nihang' surrendered to the Haryana Police taking responsibility for the murder at Singhu border. 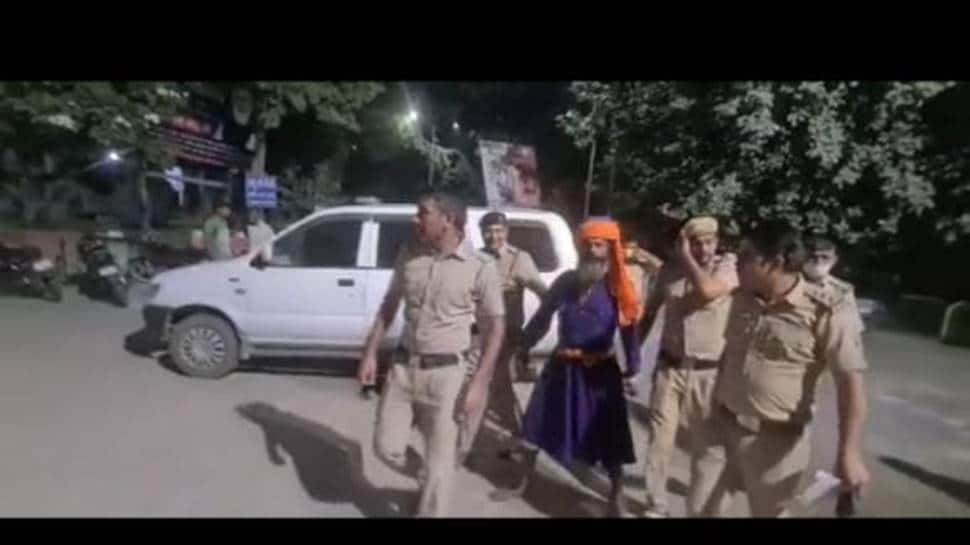 New Delhi: The Haryana Police on Friday detained one person in connection with the Singhu border murder case, a member of the warrior Sikh order 'Nihang' surrendered to the police.

The incident came to light early Friday morning when a mutilated, semi-naked corpse was found hanging from an upside down police barricade at the farmers` protest site on Delhi Haryana border. The victim had been found with the right foot and left hand cut off.

Here's what we know so far:

* Nihang Sikh Saravjit Singh surrendered to the police on Friday evening, claiming responsibility for the murder. He will be produced in court on Saturday.

* "... We do not know why he was killed and hanged in such a situation and who is responsible for it. But we want justice for him at the soonest," Lakhbir's sister told ANI, seeking justice for her brother's murder.

* The deceased man has been identified as Lakhbir Singh, 35, resident of village Cheema Khurd in Tarn Taran district of Punjab. A Dalit, Lakhbir was a labourer, and is survived by a sister, a wife and three daughters.

* The Nihangs at the site say Lakhbir Singh was killed for desecrating the holy scripture ‘Sarbaloh Granth’. Singh was beaten to death and his left hand and right foot were cut off, then his body was tied to a police barricade and left it there to be discovered.

* The Samyukt Kisan Morcha has condemned the attack and distanced itself from the murder. "... want to make it clear both sides - the Nihang group (and) the deceased - have no relation with the Kisan Morcha," it said in a press statement. They said the guilty must be punished and offered the police its support.

* A murder case under IPC 302 and 34 has been registered, while the postmortem is underway, ADGP Rohtak Sandeep Khirwar told reporters.

* Haryana Chief Minister ML Khattar said "action will be taken". Khattar held a meeting at his residence in Chandigarh to discuss the killing.

* Last year, a Punjab cop's hand had been chopped off with a sword by a Nihang Sikh after the latter was asked for 'movement passes' during the COVID lockdown.