Smriti Irani set to pin Rahul Gandhi in Amethi, rides on railways and other projects

Union minister Smriti Irani has been launching a slew of projects and schemes in a bid to turn the fortunes of the people hailing from the Gandhi bastion. 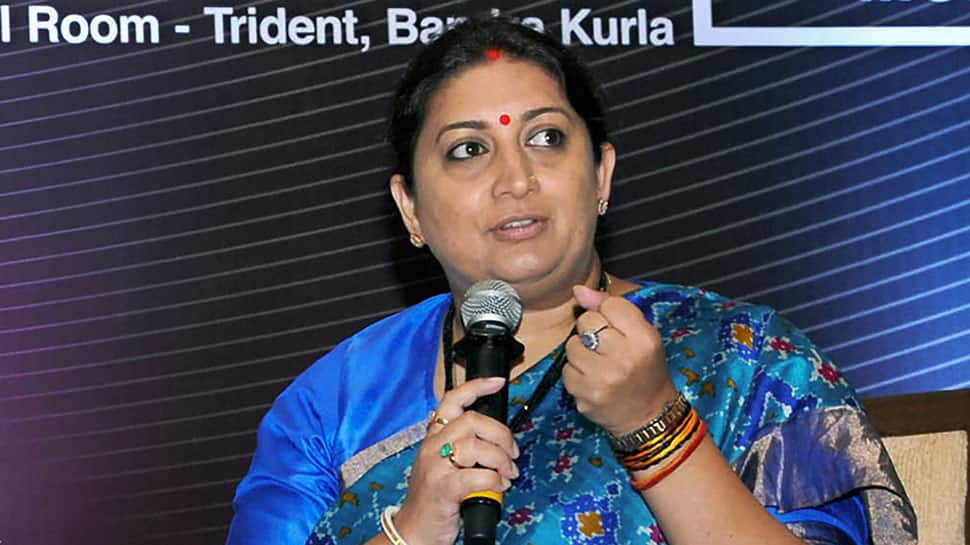 Amethi has been the bastion and Lok Sabha constituency of Congress president Rahul Gandhi since 2004. However, his victory margin suffered a major blow when the Bharatiya Janata Party (BJP) fielded Smriti Irani to take on the Gandhi scion in the 2014 Lok Sabha election from the turf of Nehru-Gandhi family in Uttar Pradesh.

Rahul Gandhi has won three consecutive Lok Sabha elections from Amethi in 2004, 2009 and 2014. While his victory margin in 2004 and 2007 were 2,90,853 and 3,70,198, respectively, it was merely 1,07,903 against Smriti Irani in 2014 Lok Sabha elections, when the BJP was riding on Narendra Modi wave. The close fight showed that Smriti Irani had managed to corner Rahul Gandhi and delivered some crunching blows.

Though Smriti Irani could not win the elections, she made a promise to people of Amethi that she would not turn her back. And since then, the Union minister has been launching a slew of projects and schemes in a bid to turn the fortunes of the people hailing from the Gandhi bastion. Banking on her initiatives for the constituency, Smriti Irani is likely to take on Rahul Gandhi again in Amethi during the Lok Sabha election in 2019.

On Friday, Union Railways Minister Piyush Goyal shared a photograph of a meeting with Smriti Irani over fast-tracking of railway project in Amethi, suggesting that the former is leaving no stone unturned to back her candidature in Amethi in the run up to the Lok Sabha election.

Along with the photograph, Goyal tweeted, “Had a productive meeting with Smt. @SmritiIrani and officials from @RailMinIndia; discussed the fast-tracking of railway projects in Amethi.”

Hours after the meeting, news agency PTI reported that Pratapgarh-Bhopal Express train would make a stop at Amethi.

The actress-turned-politician has also been making several trips to Amethi. During one of her visits, in November 2018, Smriti had inaugurated and laid foundation stones of projects of various schemes worth Rs 77 crore. And not just this, the Union minister has promised that by 2022, every family in Amethi will have a house and each household will have electricity.

"Prime Minister Narendra Modi has given a gift of 22,000 houses for the poor in Amethi (Gandhi's Lok Sabha constituency in Uttar Pradesh). There are two lakh beneficiaries of government schemes there," she had said.

Other highlights of Smriti Irani’s association with the people and constituency of Amethi include digitalisation of Pindara Thakur village, launch of Digital India Banking Service at head post office in Amethi, sanction of railway projects for the area and approval of Road Over Bridge at crossing no. 102 in Amethi.

In 2017, Smriti Irani had tweeted, "Three years ago I had promised the people of Amethi that I would not turn my back, Rahul Gandhi might do that. And in last three years I have been in constant touch with them and communicating with the people there."

The Union minister has certainly kept her promise to the people of Amethi and made all possible attempts to woo the voters from 2014 to 2019.

Lok Sabha election 2014 witnessed a fierce contest in Amethi with the advent of Smriti Irani as a candidate. And if the BJP decided to retain her candidature against Rahul Gandhi from Amethi in 2019 as well, it will certainly be one of the most dramatic battles to be fought during the Lok Sabha election.