Smriti Irani takes jibe at Rahul Gandhi, asks how can those who 'looted poor' can target PM Narendra Modi

Smriti Irani's comments came in the backdrop of Gandhi's attack on Modi over the Rafale deal. 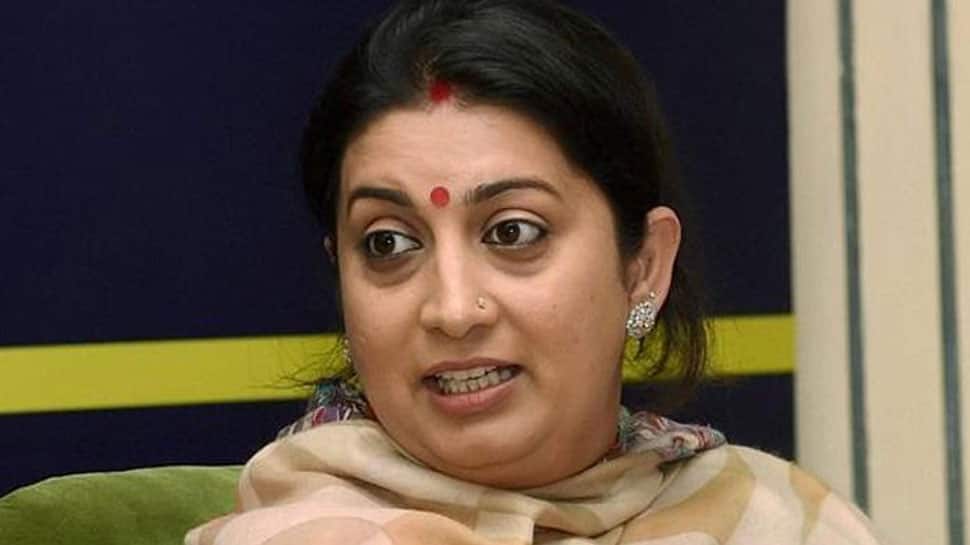 Hyderabad: Taking a jibe at Congress President Rahul Gandhi, Union Minister Smriti Irani on Monday sought to know how those who "looted the poor" could criticise Prime Minister Narendra Modi.

She also asked how those who are indulged in "corruption" and "filled the coffers of Congress" target the "pradhan sevak"? Irani's comments came in the backdrop of Gandhi's attack on Modi over the Rafale deal.

In a veiled reference to Gandhi's brother-in-law Robert Vadra's alleged acquisition of properties in London, she said, "Those who lived amidst the rich and looted the poor for years.. Whose brother-in-law purchases assets in London, have the temerity to cast aspersions on the Prime Minister."

Irani was addressing a party meeting at Mahabubnagar, in Hindi. The meeting was organised as part of BJP's preparations for the coming Lok Sabha elections.

Modi had announced the procurement of a batch of 36 Rafale jets after holding talks with then French president Francois Hollande on April 10, 2015 in Paris.

Opposition Congress has accused the Centre of choosing Reliance Defence over state-run Hindustan Aeronautics Ltd. (HAL) as offset partner to benefit the private firm though it did not have any experience in the aerospace sector.

Life-size portrait of Atal Bihari Vajpayee unveiled, Congress says he had no anger against Opposition