Fairly widespread to widespread rainfall activity with isolated heavy to very heavy falls has been predicted over Odisha, Chhattisgarh, East Madhya Pradesh, Vidarbha, Telangana during the next 3-4 days. 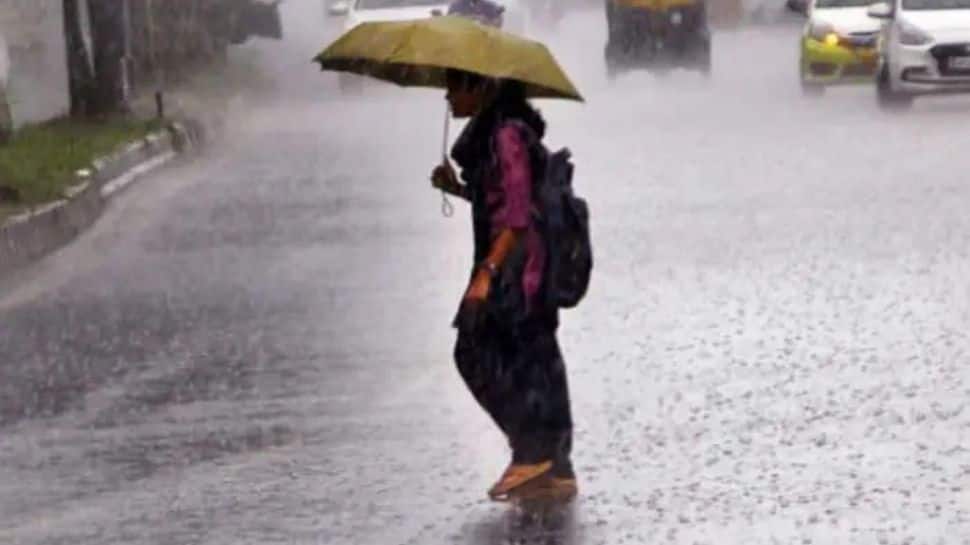 New Delhi: The conditions are favourable for the advancement of southwest monsoon into more regions of Madhya Pradesh, Chhattisgarh, Odisha, West Bengal, Jharkhand, Bihar and some parts of east Uttar Pradesh in the coming 24 hours, the India Meteorological Department (IMD) predicted on Saturday (June 12).

Maharashtra witnessed the onset of monsoon on June 9 and has since then been receiving heavy showers, especially in Mumbai. The weather department said widespread rainfall activity with heavy to very heavy rainfalls over coastal and adjoining Ghats districts of Maharashtra and Goa and Karnataka during the next 5 days is expected, ANI reported.

For Odisha, Jharkhand, Bihar, Chhattisgarh, Uttar Pradesh, Punjab and Haryana, the weather agency has predicted moderate to severe thunderstorms accompanied by frequent cloud to ground lightning and strong gusty winds during the next 4-5 days. Due to the southwesterly winds, “fairly widespread to widespread rainfall activity with isolated heavy to very heavy falls” has been predicted over Odisha, Chhattisgarh, East Madhya Pradesh, Vidarbha, Telangana during the next 3-4 days.

As per IMD, the southwest monsoon has further advanced into remaining parts of Northwest Bay of Bengal, some more parts of Odisha, most parts of West Bengal as well as some parts of Jharkhand and Bihar.

Coming as a relief to people, IMD has forecast no heatwave in the country over the next five days.

No heatwave for over next five days anywhere in country, predicts IMD