The Supreme Court on Thursday issued notice to the Centre and the Election Commission on a plea by the BSP that EVMs should be used along with Voter Verifiable Paper Trail (VVPAT) as directed by the apex court in 2013. 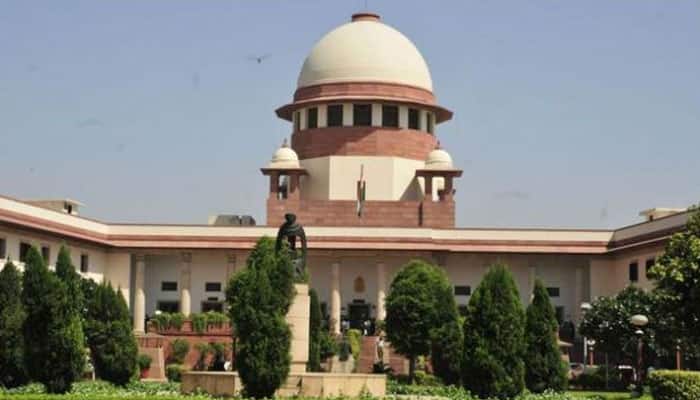 New Delhi: The Supreme Court on Thursday issued notice to the Centre and the Election Commission on a plea by the BSP that EVMs should be used along with Voter Verifiable Paper Trail (VVPAT) as directed by the apex court in 2013.

Issuing notice on the Bahujan Samaj Party plea for the use of EVMs with VVPAT, the bench, on the submission by senior counsel P. Chidambaram, deleted the prayer for quashing of elections held with EVMS without VVPAT.

The court was told that every political party, including the Bharatiya Janata Party, have protested against the EVMs at some point.

Addressing the bench, Chidambaram, appearing for the BSP, told the court that despite repeated reminders by the Election Commission, the government had not released the funds for fixing EVMs with VVPAT.

He told the court that the Election Commission had sent 10 reminders to the government seeking funds for VVPAT.

The court was told that last year only 10,000 EVMs were fixed with VVAPT. At this pace, it would require 150 years to fit all the EVMs with VVPAT.

He told the court that in a departure from normal practice, the Election Commission had directly written to the Prime Minister on the issue. This amounted to a SOS.

He told the court that for attaching VVPAT to all EVMs, the poll panel required Rs 3,000 crore and the Centre was not releasing the amount but so far only Rs 16 lakh had been released.

The bench was told that except for a country in South America, no other country used EVMs.

At this, Justice Chelameswar said this cannot be the reason for the court to look into the plea and it would examine the issue on its merit.

Chidambaram referred to a report of a group of experts from an American university who said that EVMs were vulnerable to attack and the election results can be altered.

"EVM is a technological improvement but science has improved and was moving faster and we have to keep pace with it."

The bench was told that both the hardware and software of the EVMs were vulnerable to attacks and there had to be a verification mechanism.

"Every technology has its merits but there are results from polling booths that raises concerns," Chidambaram told the court.

He said whether EVMs have recorded the vote correctly or not can only be verified by the printed paper recording the vote.