The Supreme Court on modified its November 2016 order suspending all licences for sale and retail of fire crackers within Delhi NCR. 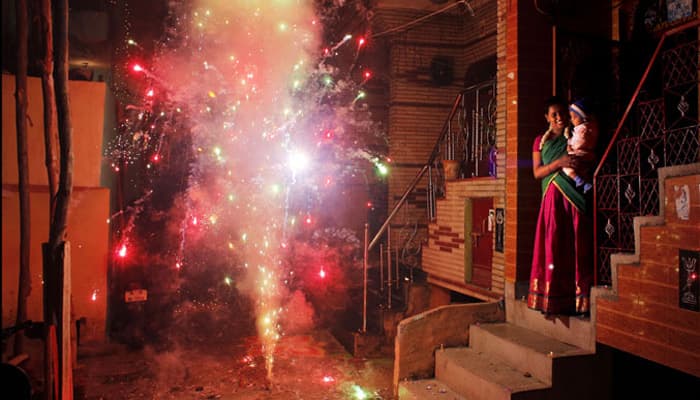 New Delhi: The Supreme Court on Tuesday modified its November 2016 order suspending all licences for sale and retail of fire crackers within Delhi NCR.

While passing its order, the apex court bench of Justice Madan B Lokur and Justice Deepak Gupta said a complete ban would be an "extreme step" and a graded approach was needed to curb pollution caused by them.

"The suspension of permanent licences, as directed by the November 11 order, is lifted for the time being. This might require a review after Diwali, depending on the ambient air quality after the festival," the court order said.

The apex court in its order ruled that suspension of permanent licences is lifted for the time being and it may need a review after Diwali depending on air quality.

The top court directed the Delhi Police to reduce grant of temporary licences by about 50 percent of those granted in 2016 and cap it at 500.

Govt, authorities should consider encouraging display of fireworks through community participation rather than individual bursting of crackers, the SC said.

The top court appointed a committee to conduct study on health of people due to bursting of crackers during festival time.

In a stern action to curb air pollution during the ongoing wedding season, the Supreme Court in November 2016 suspended the licences of all firecracker sellers in Delhi and National Capital Region, virtually banning their sale and purchase.

Equating fire crackers with "burning of money", the apex court had said one should think that when humans are affected so much with these fire crackers, what effect would it have it on animals like dogs which have more sensitive ears than humans. It had also observed that as per reports, 30 percent children in Delhi were asthmatic and steps needed to be taken all fronts.

A failed dynast chose to speak about his failed political journeys: Smriti Irani on Rahul Gandhi's speech in US