"It is distressing to note that 70 lakh farmers continue to be denied benefits of PM-Kisan Samman Nidhi. Farmers in the state has already lost Rs 8,400 crores benefit which was their due and right," reads the letter. 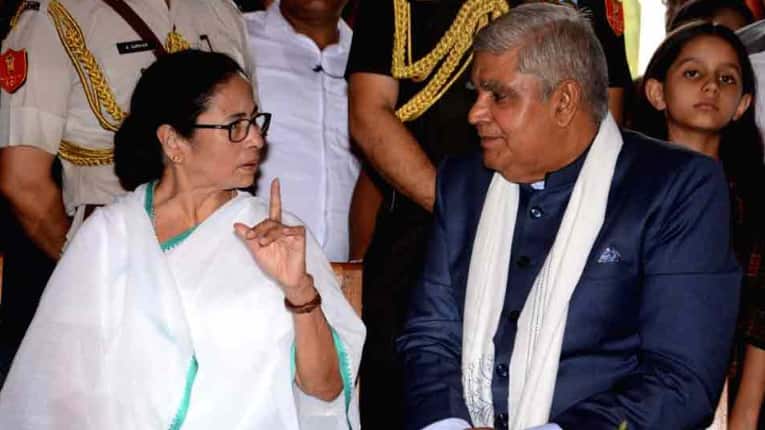 The letter reads, "It is distressing to note that 70 lakh farmers continue to be denied benefits of PM-Kisan Samman Nidhi. Farmers in the state have already lost Rs 8,400 crores benefit which was their due and right."

"While each farmer all over the county has so far received Rs 12,00, our farmers have been denied of this legitimate right on account of insensitivity and confrontational stance of state govt. I have flagged the issue to you and the administration severally," the West Bengal Governor further said. 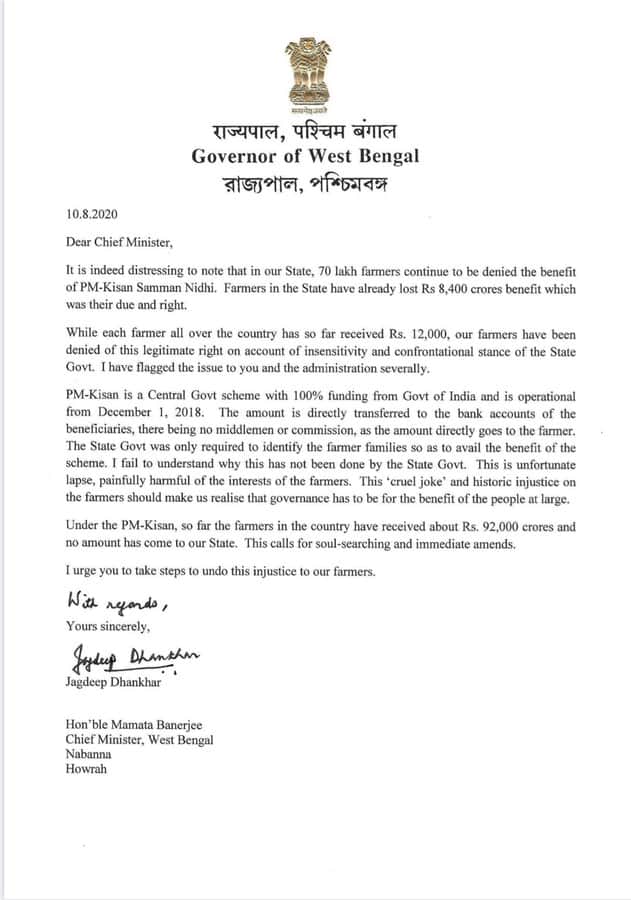 According to him, "PM Kisan is a Central Govt scheme with 100% funding from Govt of India and is operational from December 1, 2018. The amount is directly transferred to the bank accounts of the beneficiaries, there being no middlemen or commission, the amount directly goes to the farmer."

He said that the state government only required to identify the farmer family so as to avail the benefit of the scheme.

"I fail to understand why this not been done by the State Govt. This unfortunate lapse, painfully harmful to the interests of the farmers. This 'cruel joke' and historic injustice on the farmers should make me realise that governance has to be for the benefit of the people at large," the governor added.

Governor Jagdeep Dhankhar concluded that "Under the PM Kisan, so far the farmers in the country have received about Rs 92,000 crores and no amount has come to our State. This calls for soul-searching and immediate amends. I urge you to take steps to undo this injustice to our fanners."