Take up immediate containment measures: Centre to Karnataka amid Delta Plus variant concern 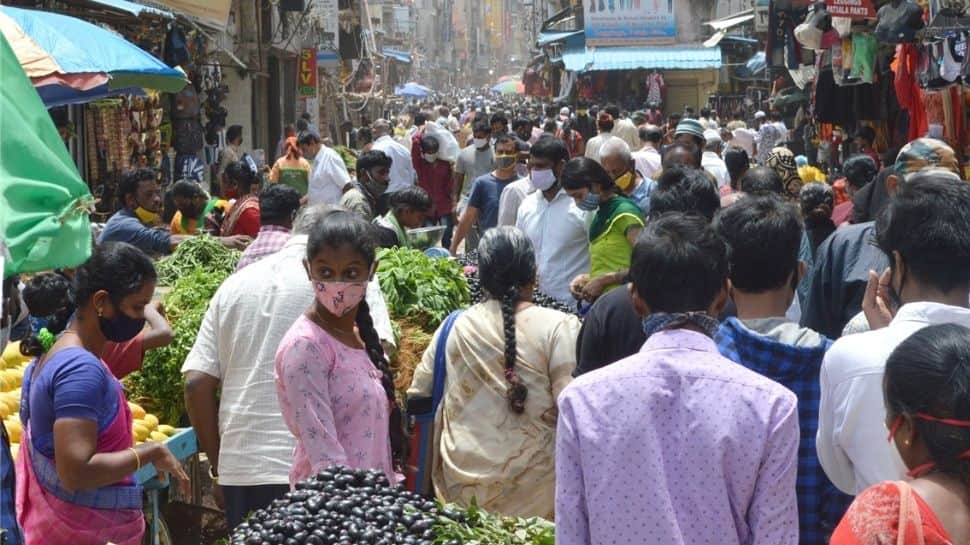 A crowded Avenue Road in Bengaluru as the Karnataka government eased restrictions for travel amid COVID lockdown (Pic courtesy: IANS)
Share:
Edited By:

With the Delta Plus variant of COVID-19 been detected in Karnataka, the centre has asked the state to immediately be on guard. The southern state has been told to take up containment measures by preventing gathering of crowds and conducting mass-scale testing. Increasing vaccine coverage on a priority basis in districts where the Delta Plus variant of COVID-19 has been detected has also been advised. Union Health Secretary Rajesh Bhushan has written to Karnataka Chief Secretary P Ravi Kumar in this regard.

Pointing out that this variant has been found in Mysuru district, the letter dated June 25 said, "the Public Health Response, in this case while broadly remaining the same, has to become more focused and stringent." "Thus, you are requested to take up immediate containment measures in these districts and clusters including preventing crowds and intermingling of people, widespread testing, prompt tracing as well as vaccine coverage on a priority basis," the letter said.

The letter also asks the state to make sure that adequate samples of positive persons are sent to the designated laboratories of INSACOG (Indian SARS-CoV-2 Consortium on Genomics) promptly so that the clinical epidemiological correlations can be established. Similar measures have been suggested to seven states other than Karnataka.

According to INSACOG, the Delta Plus variant which is currently a Variant of Concern (VOC) has characteristics like, increased transmissibility, stronger binding to receptors of lung cells, and potential reduction in monoclonal antibody response.

Karnataka Chief Minister BS Yediyurappa on Friday (June 25) had held a meeting with senior ministers and officials and instructed officials to maintain vigil over the new variant of coronavirus, especially in border districts.
Health Minister K Sudhakar had said there are two cases of Delta plus variant in the state, one in Bengaluru and the other in Mysuru, both with mild symptoms.

Six genome sequencing labs are being set up at Bengaluru, Mysuru, Shivamogga, Hubballi, Mangaluru and Vijayapura.