Assembly elections in Tamil Nadu are scheduled to take place on April 6, where the megastar will contest against Bharatiya Janata Party's Vanathi Srinivasan. 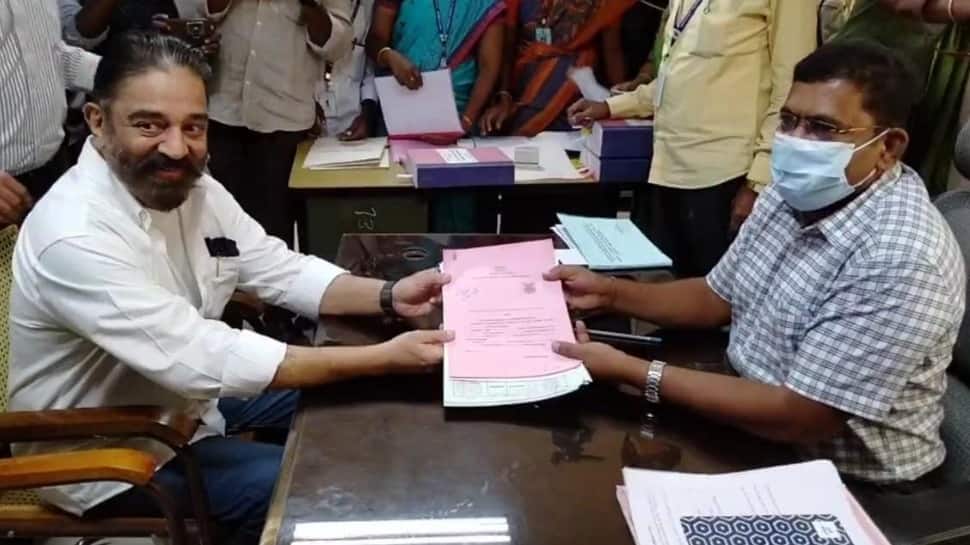 New Delhi: Amid fanfare, the actor-turned-politician Kamal Haasan on Monday (March 15, 2021) filed his nomination for the Coimbatore south seat, days ahead of the Tamil Nadu Assembly election 2021 polls.

The Makkal Needhi Maiam (MNM) chief filed his papers before the returning officer in the Central Zone office on Monday afternoon. 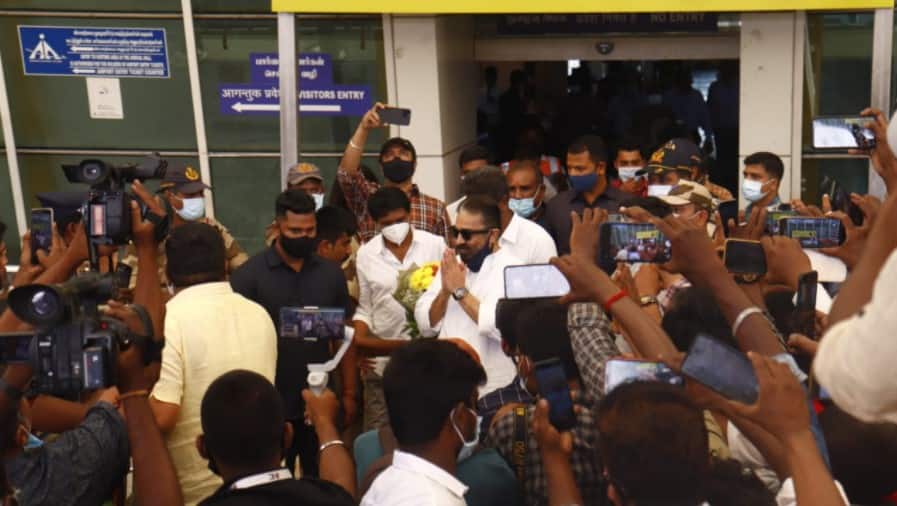 The assembly elections in Tamil Nadu are scheduled to take place on April 6, where the megastar will contest against Bharatiya Janata Party's Vanathi Srinivasan.

This is to be noted that the Coimbatore South Assembly constituency is represented by AIADMK's Amman K Arjunanan in the outgoing assembly. However, the ruling party has now shifted to the Coimbatore North seat to accommodate its alliance partner.

Kamal Haasan said that though there were 234 constituencies in Tamil Nadu, he chose Coimbatore to contest the elections since it was close to his heart.

When asked if an 'outsider tag' will affect his chances, the 66-year old said there was no such thing against him and that it could be a creation of some media or those linked to certain political parties.

He also talked about his priority for the constituency and said, "I want to make Coimbatore a model city not only at the Indian level but at the international level."

"Politics is not my profession like others. Politics is my duty, with honesty," Kamal Haasan added.

He claimed that there were many projects which remained unfulfilled like roads, drinking water supply and also the Airport expansion.

Earlier on March 3, Kamal Haasan's Makkal Needhi Maiam unveiled the agenda for women's welfare and promised to give dignity and recognition to homemakers. It also promised support for single mothers in the party agenda.

The MNM stated that hostels will be made in every district for free emergency overnight stay for women in distress. They will also establish a follow-up system on complaints registered with 181 women's helpline.