Tamil Nadu: Rajinikanth to announce party on this date, launch in January

Actor Rajnikanth has said that he would be starting his political party in January, and that the date would be announced on December 31. 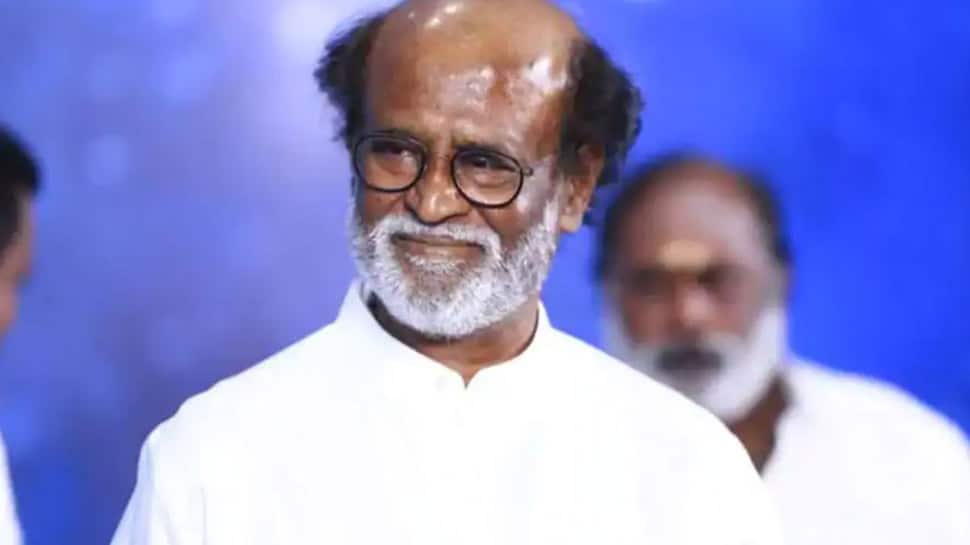 Putting an end to speculation and rumors, actor Rajnikanth has said that he would be starting his political party in January, and that the date would be announced on December 31, 2020.

Tweeting with the hashtags that translate to ‘Let’s change everything’ and ‘Now or never’, Rajini states that success is definite with the full support of the people in the upcoming Assembly elections.

Rajini says that a “truthful, sincere, transparent, corruption-free government that practices spiritual politics, without caste or religious bias would definitely be established”.

However, it will be interesting to see the announcements in the coming times, as Rajini had earlier stated that he did not wish to be the Chief Minister of the state and that he wanted to groom and create new leaders who could take up the mantle.

On Monday, November 30th, after meeting the district secretaries of his fan club, Actor Rajinikanth said that he would reveal the decision on his political foray as soon as possible.

“In the meeting with district secretaries, they shared their thoughts and I shared mine. They have assured to stand by me in whatever decision I take” he told media outside his Poes garden residence.

The November 30th meeting with his unified fan club is his first publicized in-person event, that has taken place following the Covid-19 pan-India lockdown in late March.

About a month back, Rajini had dismissed a statement (that was rumored to be his)which was doing the rounds on social media, claiming that he was quitting politics. However, he agreed that some contents of the statement pertaining to his health were true and that he would hold discussions with the functionaries of his unified fan club and inform people of his political stance.

The letter which was doing the rounds and was said to be ‘leaked’ mentioned that, the actor’s doctors had expressed reservations over Rajini getting into active politics, as he had undergone kidney transplant and owing to the fact that there was no vaccine for Covid-19 yet.

There was also high uncertainty expressed over the actor’s course of action even when a vaccine became available, given that there were doubts over how at the age of 70, with existing medical conditions he would respond to the vaccine. All these hinted towards the actor quitting politics to the prevailing scenario and that the Assembly elections in Tamil Nadu were due by Summer 2021.

The text of a letter that was said to be Rajini’s, mentioned that if he were to start a party it would have to be firmed up by December and the announcement would have to come by January 15th. However, apprehension was also raised regarding the possibility of his health deteriorating after his entry into active politics, which would mean meeting people and holding rallies amid the pandemic.

“There is a statement similar to that of mine which is doing the rounds on social media and appearing on media. Everyone knows that it is not my statement. However, some of the details on that statement which refer to my heath condition and the medical advise given to me are true. At the right time I will discuss with the functionaries of Rajini Makkal Mandram and inform the people about my political stance” reads the actor’s tweet in Tamil.

In recent months, speculation has only grown about the actor’s political plunge, with posters cropping up in different parts of the state calling for his plunge into politics, as there are hardly 6 months to go for the Assembly elections.

It was with high expectations that Rajinikanth had called for a Press meet in Chennai on March 12th this year, however, the actor only outlined his vision for ‘cleaning up politics’ and refused to commit on his own political foray. “I have never even thought of becoming the Chief Minister of Tamil Nadu or sitting in the Assembly and speaking. It is not even in my blood. I want a new wave, new power and new blood to go and seize power in the assembly and Rajini will be a bridge for this” he said.

“We need to tell people, this is not for Rajini, this is for the people of Tamil Nadu. I’m not here to get 15-20percent of the votes, this is my only chance. I am 71 years old and by the next polls in 2026 I will be 76. Once the message reaches more people and the common people want a change, let me see that happen and I will come make my entry” he had said cryptically in March.

It is notable that without having formally entered politics, Rajini has been making statements often showing his political tilt and influencing opinions at different points in time. In 1995, he had spoken against the incumbent Jayalalithaa-led AIADMK government, which was said to have swung votes in favor of the DMK in the Assembly polls the following year.

Similarly, in the run up to the Lok Sabha Polls in 2019, Rajini made statements that expressed support towards several initiatives and decisions of the Modi-Shah-led BJP. On different occasions, Rajini had spoken in favor of demonetization, river-interlinking project, CAA/NRC, Abrogation of Article 370 among others. He had also hailed the Modi-Shah duo as Arujna-Krishna from Mahabharata, while stating that people did not know who is Krishna and Arjuna among the duo. "They only know who is Krishna and who is Arjuna" Rajini had said, while a smiling BJP President Amit Shah looked on in 2019.