Tamil Nadu to receive heavy rainfall in the next 24 hours: IMD

The IMD forecast said that there will be light to moderate rainfall at most places of Tamil Nadu and heavy to very heavy rainfalls at isolated places. The IMD predicted that the lower pressure created over the Arabian Sea and adjoining the Lakshadweep area will intensify into a deep depression in the next three to four days. 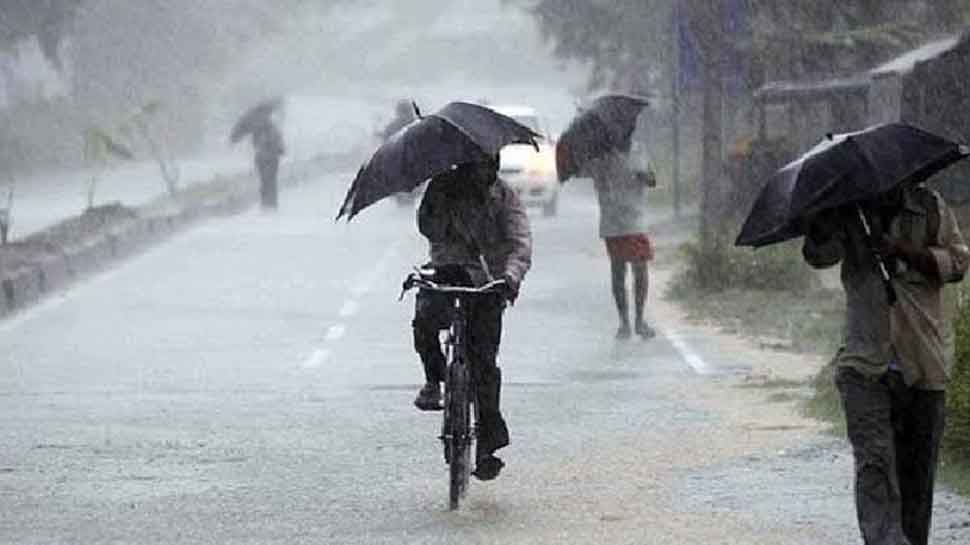 Chennai: The India Meteorological Department (IMD) on Sunday (December 1) predicted heavy rainfall in the next 24 hours in the southern state of Tamil Nadu.

The IMD forecast said that there will be ''light to moderate rainfall'' at most places of Tamil Nadu and ''heavy to very heavy rainfall'' at isolated places.

"Due to low atmospheric pressure, there will be heavy and moderate rain in almost all the districts of Tamil Nadu and Puducherry," N Puviarasan, the Director of IMD Chennai, told ANI.
He further said since October 1, Tamil Nadu has received 39 cm rain, which is 3 cm higher than the seasonal rainfall.

The weather agency also warned of ''light to moderate rainfall'' in Kerala and Lakshadweep during the next 24 hours and in the coastal and south interior Karnataka in the next 48 hours.

The rainfall will happen due to the low-pressure area formed over the southeast Arabian Sea and adjoining the Lakshadweep area, which will gradually move over to the east-central Arabian Sea. The IMD predicted that the lower pressure will intensify into a deep depression in the next three to four days.

The IMD also issued a warning to the fishermen asking them not to venture in the high sea. It said that the squally weather (wind speed 40-50 kmph) is very likely to prevail over the southwest Arabian Sea and the southeast Arabian Sea along and off Karnataka, Kerala and Comorin-Maldives areas, on Sunday (December 1).

However, on Monday (December 2), the wind speed will remain the same (40-50 kmph) in the Arabian Sea and Lakshadweep area and increase to 45-55 km over southeast & adjoining east-central Arabian Sea.