After a video which shows a Telangana police officer kicking and dragging a bereaved father went viral, a probe has been initiated against the police personnel. 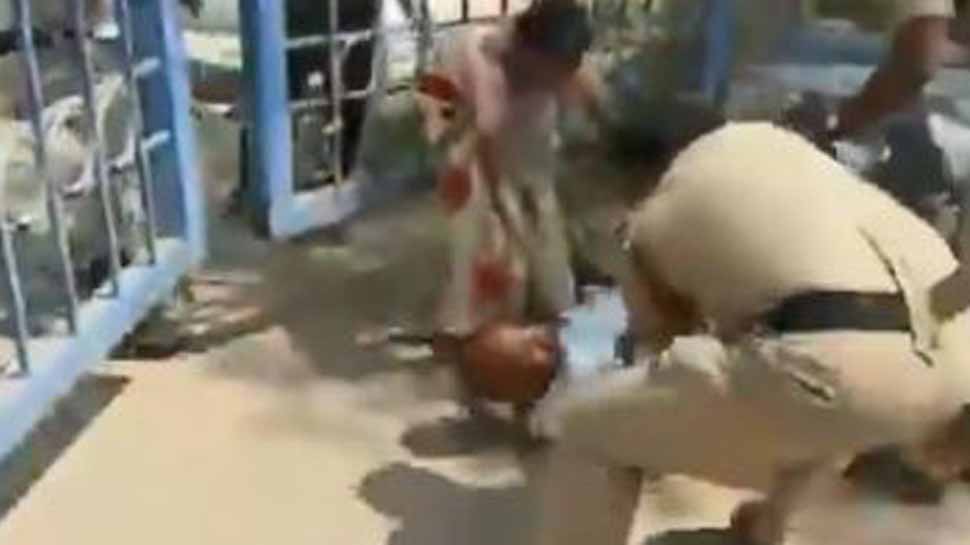 After a video which shows a Telangana police officer kicking and dragging a bereaved father went viral, a probe has been initiated against the police personnel.

Sandhyarani, 16, a student of Narayan Junior College had allegedly committed suicide in her college hostel in Sangareddy district of Telangana a few days ago.

According to police, the girl went to the bathroom during lunch break and hanged herself.

Though her family has accused the college administration of negligence. Her father alleged that his daughter was ill for the last four days.

The girl was taken to a private hospital where she was declared dead. Her body was then taken to a government hospital in Patancheru for postmortem and a case of suicide was registered.

On Wednesday, a group of college students belonging to a student union tried to remove the girl's body from the hospital's mortuary which was kept in a freezer. The family, relatives and student bodies who were taking the body in a coffin were stopped by the police.

The students wanted to take the body to a private college and continue their protest. During this time, the policemen started to move the dead body back at the mortuary. The deceased girl's father laid down in front of the dead body.

One of the police officers kicked the deceased girl's father on his head. A video was recorded by the students present there. The police came under severe criticism for the incident. A departmental inquiry has been ordered.

Sandhyarani was a resident of Maleboinapalli village of Jadcherla Mandal in Mahbubnagar district. Her parents are deeply saddened by the death of their daughter. On the other hand, the student union leaders are sceptical about the involvement of the college management in her death.

Full details of Sandhirani's death are not yet known.