Prime Minister Narendra Modi on Friday addressed the 74th session of UN General Assembly in New York, in what was his maiden speech at the world body after assuming office for the second term. 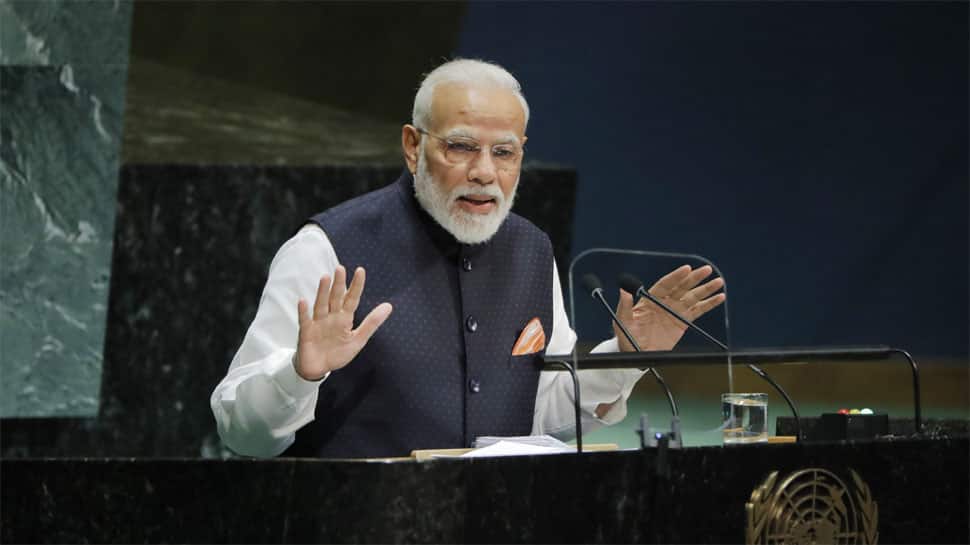 New York: Prime Minister Narendra Modi on Friday addressed the 74th session of UN General Assembly in New York, in what was his maiden speech at the world body after assuming office for the second term.

PM Narendra Modi said that its important for the world to unite in the fight against terrorism in his address at the 74th session of the UN General Assembly (UNGA) on Friday. The PM said that terrorism was the greatest threat to humanity and the biggest global challenge.

Though the PM did not mention Pakistan but his speech focused firmly on terror. He said that lack of unanimity on the issue dents those very principles that are the basis for the creation of UN. His speech also highlighted the reform agenda of his government as he spoke at length about actions taken to tackle climate change, as well as health and cleanliness initiatives.

PM Modi had last addressed the gathering almost four years ago, with former External Affairs Minister Sushma Swaraj representing India at the world body in the subsequent years. The 69th session of the UNGA had witnessed the Indian Prime Minister calling for the early adaptation of the Comprehensive Convention on Global Terrorism, highlighting that it was a matter that had been pending for long.

Modi's address at the UN comes on the final day of his week-long visit to the US. The leader had a packed agenda of bilaterals amongst other engagements, beginning with the mega 'Howdy, Modi!' event in Houston event that witnessed him sharing the stage with US President Donald Trump before a crowd of more than 50,000 Indian-Americans.

Here, we take a look at some of the top quotes of the Prime Minister from his speech at UNGA today: