This month, the NIA has arrested four people, including Tariq Ahmed Shah, his daughter Insha Jan, Wazir-ul-Islam and Mohammad Abbass Rather in Pulwama attack case. The number of people arrested in this case has gone up to five. 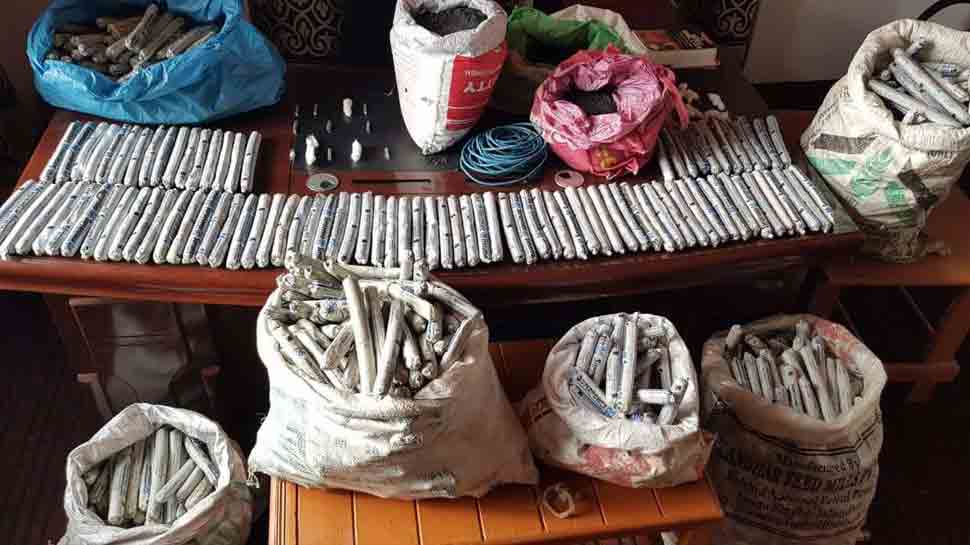 New Delhi: The National Investigation Agency (NIA) probe into the dastardly Pulwama attack of last year has revealed that terror groups such as the Jaish-e-Mohammed were roping in young boys in Kashmir for making online purchases, including chemicals used for manufacturing explosives, officials said.

The investigation into the terror attack that killed 40 CRPF personnel recently led to the arrest of two people, including 19-year-old Wazir, who during his interrogation gave the officials insight into the radicalisation process of the terror outfit Jaish-e-Mohammed.

Wazir is alleged to have procured online aluminium powder, jackets used in high-altitude areas, mobile battery banks and trekking shoes, officials said. Aluminium powder, which was used in earlier times by photographers to create camera flashes, is highly flammable and used as an ingredient in blasting agents used in commercial mining, they said.

Wazir handed over the aluminium powder to Jaish-e-Mohammed overground workers and it was used by terrorists in February 14 suicide attack when an explosive-laden car hit a CRPF convoy killing 40 personnel. His interrogation also gave an insight into how JeM overground workers were brainwashing young boys and preparing them to indulge in terror activities, the officials said.

The case, which had virtually come to a halt as all conspirators had been killed, got a fresh impetus after the NIA identified the house where Adil Ahmed Dar, the terrorist who was driving the explosive-laden car, had shot his last propaganda video that was subsequently released by the terror group from Pakistan.

On February 28, the NIA achieved a major breakthrough in the case when it arrested 22-year-old Shakir Bashir Magrey, a furniture shop owner and resident of Hajibal in Pulwama's Kakapora.

Magrey had provided shelter and other logistical assistance to suicide bomber Adil. He was introduced to Adil in mid-2018 by Pakistani terrorist Mohammad Umar Farooq and he became a full-time overground worker of the JeM.

This month, the NIA has arrested four people, including Tariq Ahmed Shah, his daughter Insha Jan, Wazir-ul-Islam and Mohammad Abbass Rather. The number of people arrested in this case has gone up to five.

No discrimination in implementation of Central Laws in Jammu and Kashmir, says Amit Shah