In a bid to portray a grim - and false - image of J&K, terrorists have warned locals to not open their shops and to not ply local taxis. 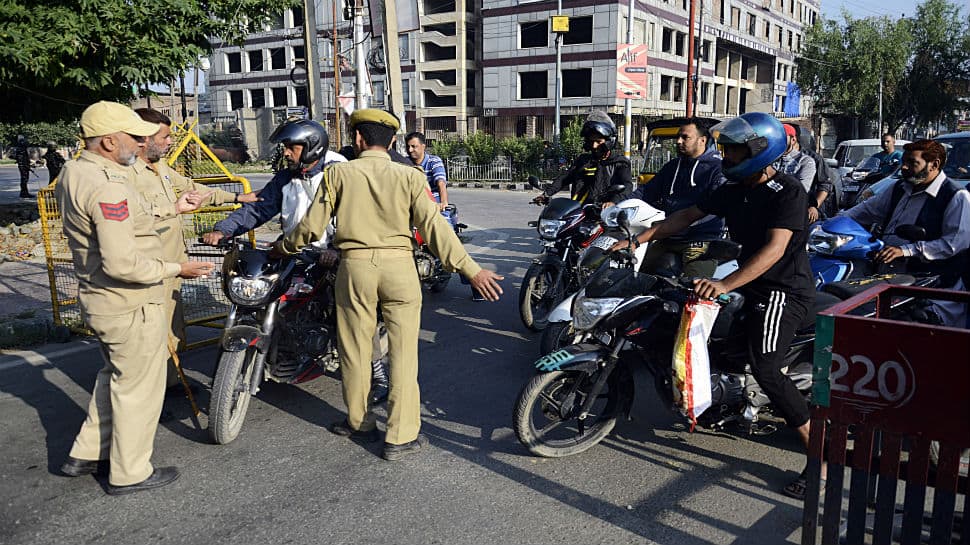 With the normalcy process in Jammu and Kashmir gathering pace after Article 370 was revoked on August 5, panic-struck terrorists are resorting to threats once again to harass locals here. Recently, Hizbul Mujahideen threatened locals in Sopore to keep their shops shut.

In a bid to portray a grim - and false - image of J&K, terrorists from Hizbul Mujahideen have warned locals here to not open their shops and to not ply local taxis. A threat has also been made against schools which have been told to stay shut while girls have been warned not to come out on roads. In a warning letter issued by Hizbul Mujahideen, the terrorist organisation has also said that 'independence is close' and that the process for it needs to be strengthened. It further claims that the terrorists have information about all locals who are keeping their shops open and 'hurting the fight for independence.' "This is our final request. Else the next time, we won't shoot on the legs but on the heads."

Another threat letter issued by Lashkar-e-Taiba, locals have been warned of dire consequences if they do not comply with the diktats of the terrorist organisation. "Don't think of our silence as our weakness. We know how to act," the letter reads.

Earlier this week, terrorists had entered into an apple orchard in Sopore and threatened the owner not to sell or send his products outside Jammu and Kashmir. Such threats have been issued elsewhere in the past as well.

Tight security for the safety of people in J&K has resulted in terrorists getting more and more flustered. Indian intelligence reports in the recent past have stated that these nefarious organisations are also short of cash and may resort to desperate measures. Most of them are supported by Pakistan and are increasingly looking at ways of disrupting peace and harmony in the Valley in a bid to show India's so-called 'oppression.'