According to the Central Pollution Control Board (CPCB), the Air Quality Index (AQI) in the national capital has come down to 308 and is now in the "very poor" category. 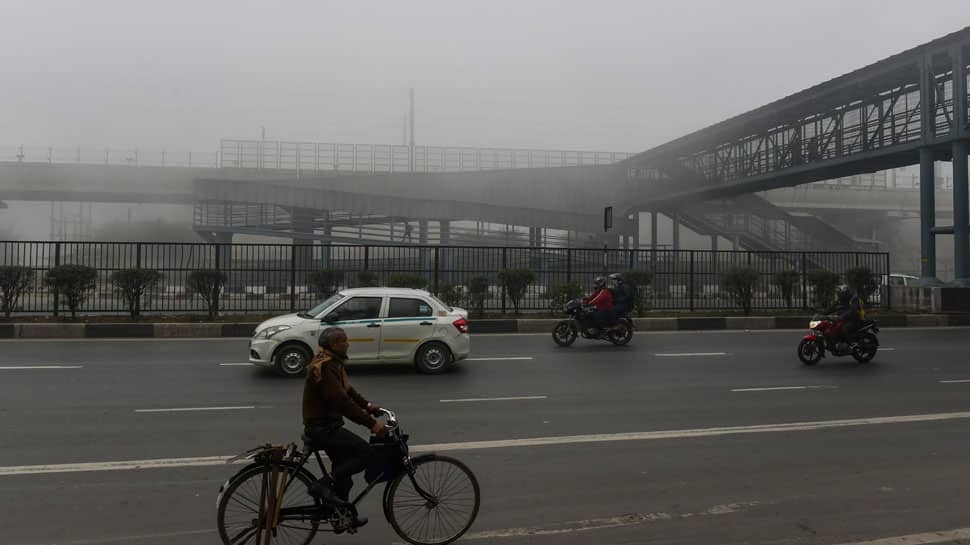 A thick blanket of fog engulfed the national capital on Wednesday morning resulting in poor visibility and hitting rail services. At least nine trains to Delhi were running late by an average of three hours due to the fog and low visibility. The cold wave in the city intensified as people lit fires to keep themselves warm.

The minimum temperature was recorded at 8 degrees Celsius, a notch above normal, a MeT official said. The humidity level was 94 per cent.

A senior Railways officer said nine trains have been delayed by an average of three hours due to fog. Purshottam Express, Brahmputra Mail, Poorva Express, Sampark Kranti and Mahbodhi Express were among those delayed as a cover of moderate fog enveloped the city.

At 5.30 am, the visibility reduced to 200 metres at Palam and 400 metres at Safdarjung, the official said.

The weatherman has forecast mainly clear skies for the day. It said the maximum temperature will hover around 20 degrees Celsius.

According to the Central Pollution Control Board (CPCB), the Air Quality Index (AQI) in the national capital has come down to 308 and is now in the "very poor" category.

On Tuesday, the cold conditions continued in Delhi with dense fog in the early hours delaying as many as 14 trains, officials said.

A railway official said 14 trains have been delayed by an average of two hours due to fog. Ranchi-Delhi and Jaynagar-Anand Vihar Garib Rath, Farakka Express, Poorva Express, Sealdah-Rajdhani were among those delayed.

A cover of moderate fog enveloped the city with visibility reduced to 200 metres at Palam and 400 metres at Safdarjung, at 5.30am. The humidity level oscillated between 100 and 63 per cent.

The weather office has forecast clear skies along with the possibility of moderate fog for Wednesday morning. "The skies will be clear. There will be moderate fog inthe morning and haze and smoke thereafter. The maximum and minimum temperatures are likely to hover at 20 and 7 degrees respectively," officials said.