It is reported that one TMC worker and two BJP workers were killed in clashes. 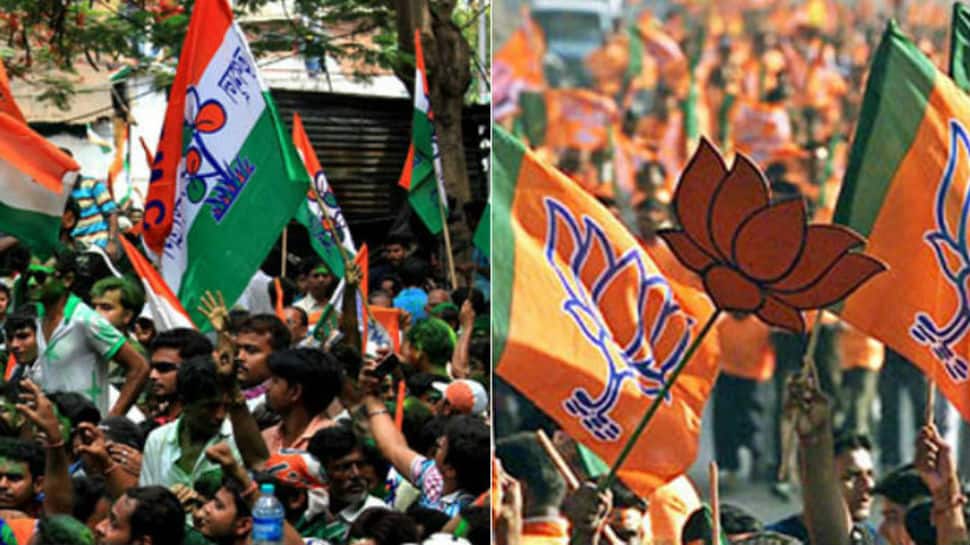 Kolkata: Three people were killed and several were injured after cadres of Trinamool Congress and the Bharatiya Janata Party clashed on Saturday evening.

Zee News has learnt that one of the three killed has been identified as Kayum Mullah who belongs to the TMC cadre while the other two belonged to the BJP - their names have not been officially released by authorities. BJP's top leadership in the state, however, had claimed that TMC goons killed three of their party workers. Accusing TMC chief and West Bengal CM Mamata Banerjee of instigating violence and of targeting BJP workers. Several state leaders of BJP said that they would meet Home Minister Amit Shah to apprise him of the prevailing situation here.

Mukul Roy, BJP: TMC goons attacked BJP workers and 4 of our workers were shot dead in Sandeshkhali, Basirhat. Their leader & CM is indulging in a reign of terror, we have sent a message to Home Minister Amit Shah ji, Kailash Vijayvargiya ji, & our state leaders. (8.6.19) pic.twitter.com/dp5ZhsUON2

The Twitter handle of BJP's state unit also put out a message in which it claimed that at least six of its workers have been killed or are missing in Basirhat. The tweet was also accompanied by the photo of a dead party worker. It claimed that the three killed in Basirhat were shot in the eyes.

Clashes between TMC and BJP workers/supporters have continued unabated even after the conclusion of Lok Sabha election 2019. During polling, there was widespread violence which had prompted the Election Commission to replace state police with central forces at polling stations. This, however, could not guarantee peace and order and while most of the central forces' companies have since left the state, incidents of violence have continued nonetheless.

Jammu: Over 2,500 bunkers constructed along Line of Control, International Border this year