In a major relief for senior West Bengal BJP leader Mukul Roy, the Calcutta High Court on Wednesday granted anticipatory bail to him in connection with the murder case of TMC MLA Satyajit Biswas. 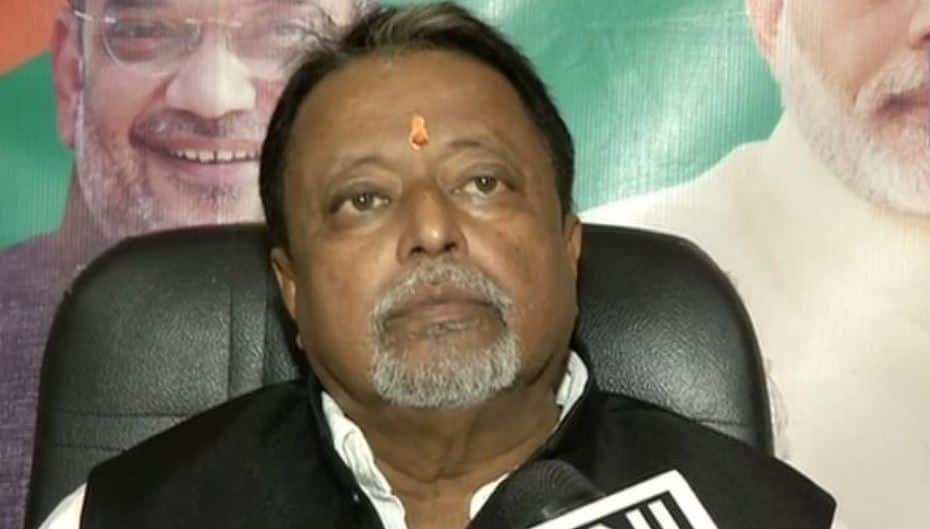 KOLKATA: In a major relief for senior West Bengal BJP leader Mukul Roy, the Calcutta High Court on Wednesday granted anticipatory bail to him in connection with the murder case of TMC MLA Satyajit Biswas.

The High Court, however, imposed some restrictions on Roy, but passed an order staying his arrest till February 25, ANI reported.

The BJP leader was ordered by the court to cooperate with the investigating agencies and report to the Police Station of his residence once a week. The court also barred Mukul Roy from entering Nadia district.

For his part, Roy has repeatedly maintained that he had nothing to do with Biswas' murder and he has been named in the FIR for this murder only on orders of West Bengal Chief Minister Mamata Banerjee.

"Mamata (West Bengal CM Mamata Banerjee) is scared of us. It is on orders of Mamata that allegations are being levelled against BJP for this murder," Roy had said.

Biswas was shot dead in Nadia district of West Bengal by some unidentified assailants on February 9. Biswas was shot at point blank range when he was at a Saraswati Puja inaugural event. He represented TMC from the Krishnaganj constituency in the state assembly.