Here's a roundup of top stories from the world of politics, sports, and entertainment, which grabbed the spotlight and trended the most on various social media platforms on February 18. 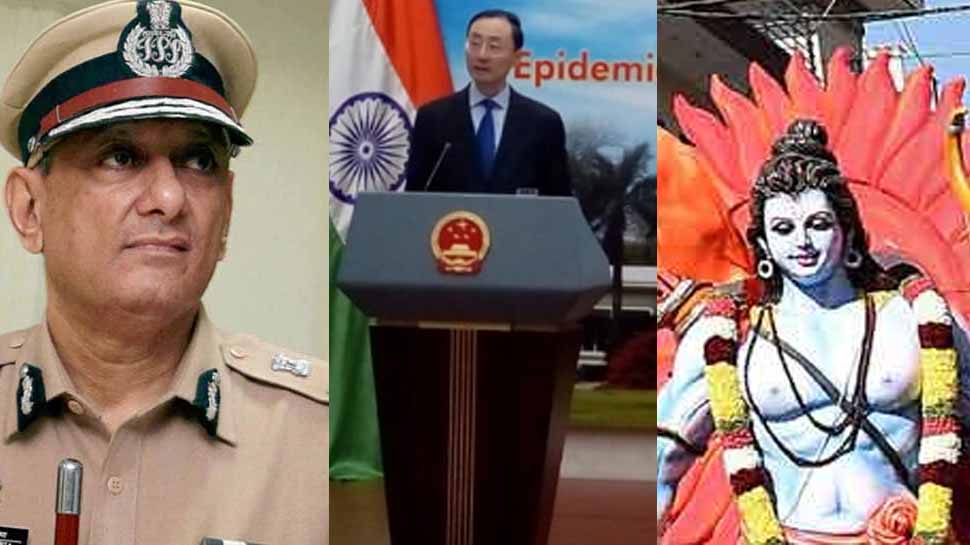 Here's a roundup of top stories from the world of politics, sports, and entertainment, which grabbed the spotlight and trended the most on various social media platforms on February 18.

Former Mumbai Police Commissioner Rakesh Maria has unmasked the conspiracy of Pakistan's intelligence agency Inter-Services Intelligence (ISI) to project the 26/11 Mumbai terror attack as an act of Hindu terrorism. In his book 'Let Me Say It Now', the former top cop has written about the plan of the ISI and Lashkar-e-Taiba (LeT). (READ FULL STORY HERE)

Pakistan will remain in the grey list of the Financial Action Task Force (FATF), sources told news agency ANI on Tuesday. Turkey and Malaysia supported Pakistan. This comes after Pakistan submitted a report on action regarding the implementation of the watchdog`s plan of action during the Paris meeting. FATF on Tuesday evaluated whether the south Asian nation has taken sufficient steps and implemented its plan of action to fight the global menace. (READ FULL STORY HERE)

The first meeting of Shri Ram Janmabhoomi Tirth Kshetra Trust, which was announced by the Prime Minister Narendra Modi recently, will take place in the national capital on Wednesdsay (February 19, 2020). Zee Media sources said on Tuesday (February 18, 2020) that the first meeting of the newly-announced trust, which will oversee the construction of a grand Ram temple in Ayodhya, will be held in the national capital on Wednesday. (READ FULL STORY HERE)

Indian Intelligence agencies have confirmed that the chief of terror group Jaish-e-Mohammed (JeM), Maulana Masood Azhar, is living inside a bomb-proof house behind Jaish's Bahawalpur headquarters in Pakistan. It is to be noted that Azhar is on top of India’s “most wanted” list and was the architect of February 14, 2019, Pulwama attack, which claimed the lives of 40 CRPF personnel. (READ FULL STORY HERE)

Chinese Ambassador Sun Weidong on Tuesday (February 18) said that deadly coronavirus is now under control, asserting that his country has put in place multi-level control and prevention mechanisms and will win the battle against the epidemic. (READ FULL STORY HERE)

7) Krushna Abhishek shares home video with sister Arti Singh, says this is how she behaves after 'Bigg Boss 13' - Watch

Superstar Akshay Kumar's high on the buzz word 'Sooryanvanshi' will bring back the super hit jodi of Akki with Katrina Kaif. The fans are excited to watch them recreate the magic one more time in this Rohit Shetty entertainer. (READ FULL STORY HERE)

The 20th annual Laureus World Sports Awards ceremony took place at the Verti Music Hall in Berlin on Monday. For the first time in the history of the prestigious awards, the Laureus World Sportsman of the Year honour was shared after Barcelona star striker Lionel Messi and five-time Formula One champion Lewis Hamilton were named joint-winners. (READ FULL STORY HERE)

10) Lifting World Cup was the proudest moment of my life: Sachin Tendulkar after winning Laureus Award

Coronavirus is natural, not man-made, says Chinese envoy to India