The 'Trans-Fat Free' logo was launched during the 8th International Chefs Conference. Addressing the conference, Harsh Vardhan said that trans fats are the worst type of fats with known health risks and India is committed to eliminate it from the food supply. 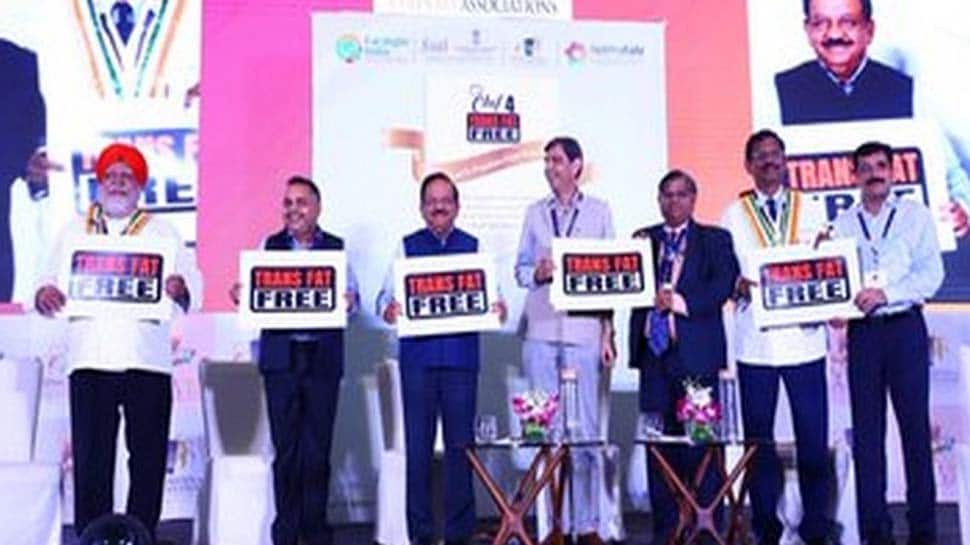 New Delhi: Union Health Minister Harsh Vardhan on Friday launched the "Trans-Fat Free" logo during the 8th International Chefs Conference here.The campaign to end trans-fat is seen as one of the important steps to accelerate the `Eat Right India` campaign led by the FSSAI under the Ministry of Health and Family Welfare.

"In compliance with the Food Safety and Standards (Advertisement and Claims) Regulations, 2018, food establishments that use trans-fat free fats/oil and do not have industrial trans-fat more than 0.2g/100g of food are eligible to display the logo," an official release said.

Addressing the conference, Harsh Vardhan said that trans fats are the worst type of fats with known health risks."India is committed to eliminate it from the food supply and is progressing towards its objective of trans fat elimination by 2022 in a phased manner; a year ahead of the global target set by the WHO,". He also said that "The FSSAI is committed to reducing trans-fatty acids produced in industries by 2 per cent in a phased manner by 2022 and has launched `India @ 75' ".

The minister said that chefs are a very important part of the food ecosystem."With an increase in the eating-out pattern, chefs carry an additional responsibility of ensuring that the food served is not just safe and tasty but also healthier and sustainable to the environment," he added.He also admired the initiatives by FSSAI towards `Eat Right India` campaign.

Cardiovascular disease resulting from the consumption of trans-fats produced in industries leads to the death of 51,00,000 people worldwide and over 60,000 people in India every year.