This comes a day after the CBI inspected the site of the accident of the Unnao rape survivor as it began a probe. 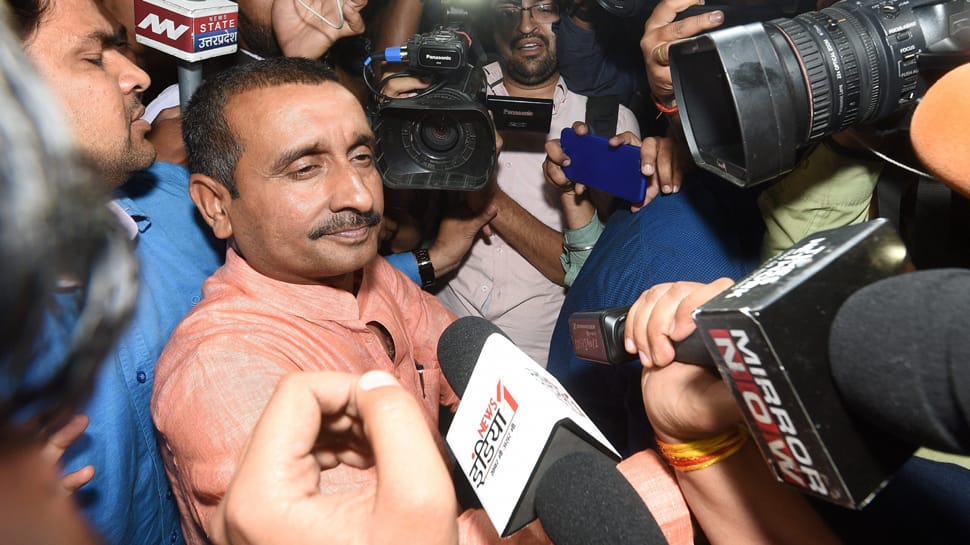 A Central Bureau of Investigation (CBI) court on Saturday granted permission to the agency to probe Unnao rape case accused Kuldeep Singh Sengar and his brother Atul Sengar in jail. The duo will be questioned by the CBI sleuths in connection with the accident of Unnao rape survivor near Raebareli in Uttar Pradesh.

Earlier, the CBI court also remanded the driver and cleaner of the truck, involved in the accident on July 28, to police custody for three days.

This comes a day after the CBI inspected the site of the accident as it began a probe into the incident. They investigation by the agency at the accident site continued on Saturday as well.

In another development related to the case, the District Magistrate of Unnao on Saturday cancelled the arms license in the name of Sengar, who has been expelled by the Bharatiya Janata Party (BJP).

Notably, the Supreme Court has transferred all Unnao rape-related cases, barring the accident near Raebareli, to the national capital. Granting the CBI 7-14 days to probe the accident, the top court said that a final decision on the transfer of the case would be taken after the investigation is completed.

The Unnao rape survivor got critically injured in the accident and has been put on ventilator at a hospital in Lucknow. Two other women, of whom one was a key witness in the case, died in the accident.

The mother of the rape survivor has expressed her apprehension in shifting her daughter to the national capital for further treatment. The girl is currently in a critical condition and had been put on ventilator.

The prime accused, Kuldeep Singh Sengar, a legislator from Bangermau in Unnao district, had allegedly raped the teenage girl at his residence in Unnao on June 4, 2017, where she had gone to seek a job. He was arrested by the CBI last year and is lodged in Sitapur district jail.

Omar Abdullah asks Centre to break silence on Jammu and Kashmir situation, says 'no one knows the truth'