Shia clerics were unhappy with Muharram being repeatedly referred to as a 'festival' in the circular issued by Uttar Pradesh DGP Mukul Goel. 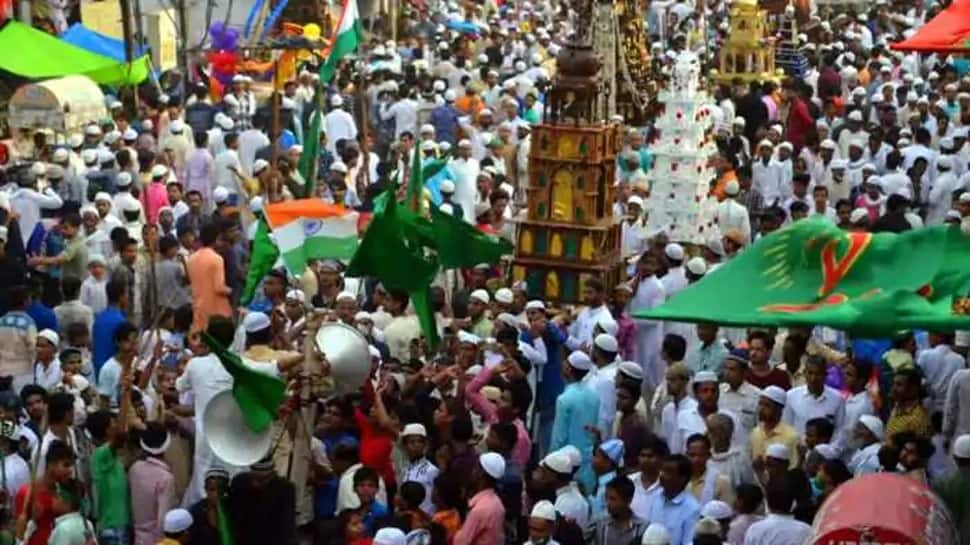 New Delhi: The Uttar Pradesh Police has prohibited the religious processions during Muharram due to the COVID-19 pandemic. Following the circular issued by Uttar Pradesh Director General of Police (DGP) Mukul Goel on July 31, the Shia clerics have raised questions over the objectionable language used in it. They were unhappy with Muharram being repeatedly referred to as a 'festival' in the circular issued to police personnel in all districts. Police officials have also been asked to take clerics in confidence to ensure a ban on congregations

The All India Shia Personal Law Board has now convened a meeting on Monday (August 2) evening to discuss the issue. The clerics have also reportedly demanded that the Yogi Adityanath-led government should immediately withdraw the guidelines and termed it as a 'charge sheet against the Shia community'.

"The guidelines are unacceptable as it shows the peace-loving Shias in poor light," IANS quoted Maulana Kalbe Noorie as saying.

General Secretary of Majlis-e-Ulama-e-Hind, Maulana Kalbe Jawad, said that communication with the DGP would be possible only when the document is withdrawn.

"The language is condemnable. We have asked Muharram committees to boycott meetings convened by the police and administration," he added.

President of the Shia Markazi Chand Committee, Maulana Saif Abbas, said that the person who had drafted the document is apparently conspiring to disrupt peace.

"The DGP should know that Muharram is certainly not a 'festival' but a period of mourning. The guidelines show the insensitivity of the state government towards the Muslim community," Maulana Yasoob Abbas told IANS.

Mukul Goel, in the guidelines issued on Saturday, had ordered that Muharram should be celebrated in the state alongside adherence to COVID-appropriate behaviour and by keeping in the mind the restrictions that are in place to check the spread of the virus.

No procession should be allowed on the occasion of Muharram, in view of COVID19 pandemic: Uttar Pradesh Police pic.twitter.com/sTw7ZZk7RD

The UP DGP said that the display of any kind of weapon will be disallowed and instructed police officials to take preventive action against anti-social elements and keep a watchful eye on social media for fake and provoking content.

Goel also urged his officers to communicate with religious leaders for spreading awareness about COVID-19 and the need to celebrate Muharram indoors.

"All the programs to be held on Muharram should be decided in the meeting of the peace committee," he said.

Muharram, notably, is the first of the four sacred months of the Islamic calendar. It also marks the anniversary of the battle of Karbala during which Islamic prophet Muhammad's grandson Imam Hussain Ibn Ali was killed. The 10-day mourning period is scheduled to begin on August 10 this year.

Earlier this month, the Yogi Adityanath-led government had also suspended the Kanwar Yatra due to COVID-19.