Wanted gangster Vikas Dubey, main accused in the Kanpur encounter case, has been absconding for over five days now and more than 100 teams of the Uttar Pradesh police are engaged in the operation to nab the absconding history-sheeter. 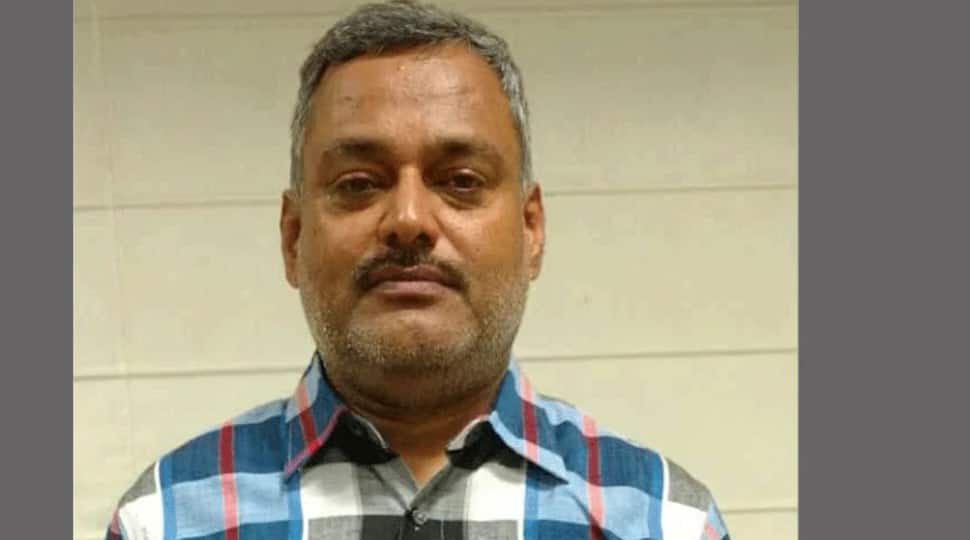 Wanted gangster Vikas Dubey, main accused in the Kanpur encounter case, has been absconding for over five days now and more than 100 teams of the Uttar Pradesh police are engaged in the operation to nab the absconding history-sheeter. Eight police personnel were killed during a raid which was carried in the wee hours of July 3 to arrest Dubey and his gang members in Kanpur. The policemen, including DSP Devendra Mishra were gunned down in Bikru village near Kanpur by the henchmen of Dubey. Seven others, including a civilian, were injured in the attack from a rooftop on a police team after it entered the village to arrest Vikas.

DIG Special Task Force Anant Dev was on Tuesda (July 6) removed from STF after reports surfaced that he was in touch with Vikas Dubey. SSP Dinesh P shunted 68 policemen of Chaubeypur police station to police line on Tuesday and it is learnt that new cops will soon be appointed at Chaubeypur police station. A total of 128 policemen have been transferred so far in connection with the Kanpur incident.

In a related development, Haryana police raided a hotel in Faridabad on Tuesday night and arrested three aides of Vikas Dubey. Sources claimed that Vikas is hiding in Haryana. He also stayed at his relative's place in Faridabad Sector 87. The two arrested persons have been identified as Prabhat and Ankur. Haryana police is scheduled to hold a press conference on Wednesday to provide more details in this matter.

Haryana police raided the hotel after they received tipoff that some people have booked rooms at the hotel using IDs of Kanpur. Haryana police sources said that someone living Faridabad's Bharat Colony had booked the room which was used by Vikas Dubey. The gangster wanted to stay in the hotel for a few hours but he was not allowed to check-in after he failed to show proper ID. According to sources, Vikas Dubey was planning to surrender at a court in Delhi.

The Special Cell of Delhi Police is also on high alert to nab Vikas Dubey if he tries to enter the national capital. Sources claimed that Vikas is walking with a limp and is not using any vehicle to move from one place to another. It is likely that Vikas would use an auto ot taxi to enter Delhi from Haryana.

t is learnt that Vikas Dubey's business partner Jai Vajpayee helped don's wife Richa to flee from her Lucknow residence. According to sources in UP STF, Jai received a call from Vikas few minutes before the encounter that something big may happen and directed him to move Richa and his son from his house. Thereafter, Jai arranged a car that took Richa till Muzaffarnagar but after that no lead about her location was known.

STF feels that Dubey invested his ill-gotten money from extortion and dubious deals in various business ventures of Jai Vajpayee. Vikas used his terror and heft to get contracts and strike property deals for Vajpayee. Uttar Pradesh police have seized property worth seveal crores, including high end luxury vehicles, belonging to Jai Vajpayee.