Uttar Pradesh Minister of State for Revenue and Flood Control Vijay Kashyap is the fifth BJP legislator who has died in the second coronavirus wave. 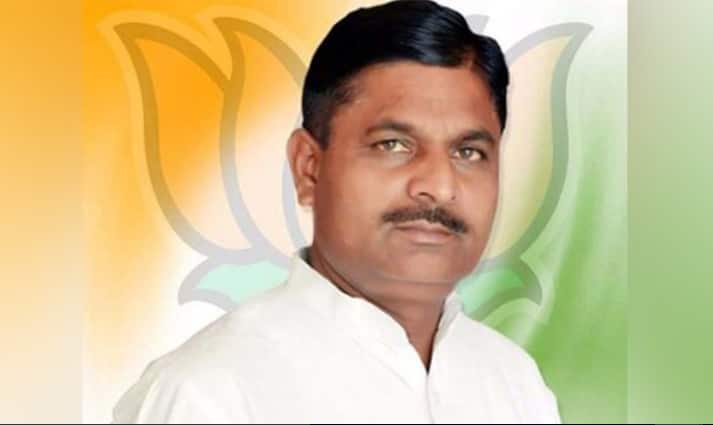 New Delhi: Uttar Pradesh Minister of State for Revenue and Flood Control Vijay Kashyap died from coronavirus at Gurgaon's Medanta Hospital on Tuesday. Kashyap (56), who was an MLA from Muzaffarnagar's Charthawal Assembly seat, is the third UP minister who has succumbed to the deadly virus.

Last year, Uttar Pradesh ministers Kamal Rani Varun and Chetan Chauhan had died from the infection. Kashyap is the fifth BJP legislator who has died in the second coronavirus wave.

Prime Minister Narendra Modi condoled the passing away of the BJP leader and said Kashyap was devoted to public interest works.

In a tweet (in Hindi), the Prime Minister said, "The death of BJP leader and minister in the Uttar Pradesh government Vijay Kashyap ji is very saddening. He was a leader connected to the grassroots and was always devoted to public interest works. My condolences to his family and supporters in this moment of grief. Om Shanti!"

BJP leader and Home Minister Amit Shah expressed grief over the demise of the UP minister and said, "Senior BJP leader and Uttar Pradesh minister Vijay Kashyap will always be remembered for his dedication to public service and the party. Condolences to his family and supporters."

BJP president JP Nadda said, "The untimely demise of Uttar Pradesh Minister Vijay Kashyap is saddening. He was a devoted party worker, his departure is an irreparable loss for the BJP. My deepest condolences to the bereaved family."

Uttar Pradesh CM Yogi Adityanath and state BJP president Swatantra Dev Singh too expressed grief over his demise. In a statement, CM Yogi said, "Kashyap, an MLA from Charthawal, was a popular leader who discharged his duties diligently as a minister. In his death, people have lost their true well-wisher."

The party's national vice-president Radha Mohan Singh and other senior leaders also condoled the demise of UP minister Vijay Kashyap.