US astronaut Kate Rubins votes from International Space Station! Here's how it works

NASA astronaut Kate Rubins, who is the only American in space and will remain so on Election Day — November 3, cast her vote from space from aboard Crew-1. 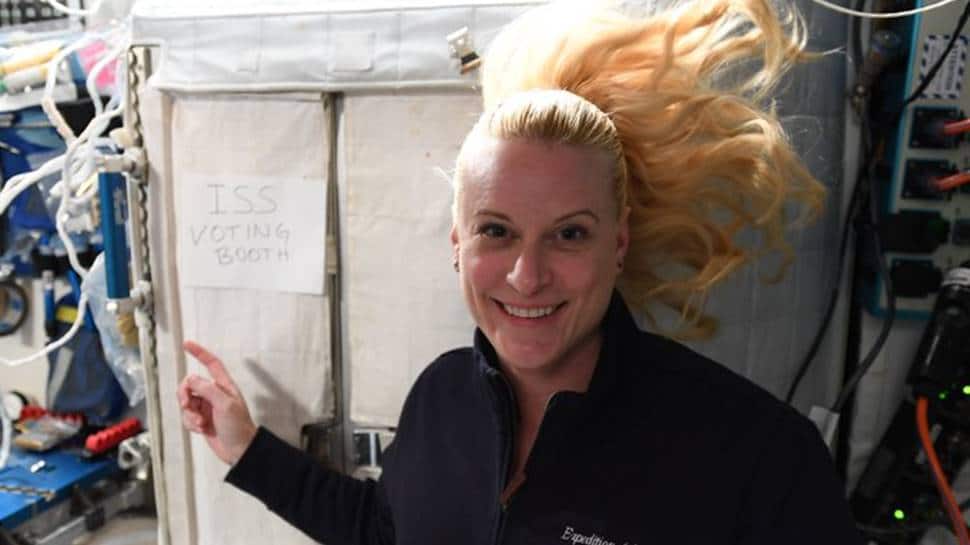 New Delhi: As US gears for Presidential elections scheduled for November 3, 2020, ballots for NASA astronauts living and working aboard the International Space Station have been prepared too.

Infact NASA astronaut Kate Rubins, who is the only American in space and will remain so on Election Day (November 3), cast her vote from space which is more than 200 miles above Earth from aboard Crew-1.

From the International Space Station: I voted today

Rubins arrived in orbit for her second spaceflight on Oct. 14 and will remain on the space station for about six and a half months.

How voting from space works

Like other forms of absentee polling, voting from space starts with a Federal Postcard Application, or FPCA. It’s the same form military members and their families fill out while serving outside of the US. By completing it ahead of their launch, space station crew members signal their intent to participate in an election from space.

Because astronauts move to Houston for their training, most opt to vote as Texas residents. Of course, NASA’s astronauts come from all over, so those wishing to vote as residents of their home states can work with their counties to make special arrangements to vote from space.

Once their FPCA is approved, the astronaut is almost ready to vote. Like many great things in space, voting starts with an experiment. The county clerk who manages elections in the astronaut’s home county sends a test ballot to a team at NASA’s Johnson Space Center in Houston. Then they use a space station training computer to test whether they’re able to fill it out and send it back to the county clerk.

In addition to absentee ballots, Texas also permits early voting; the period runs from October 13 to October 30 this year.

Voting in space has been possible since 1997 when a bill passed to legally allow voting from space in Texas. Since then, several NASA astronauts have exercised this civic duty from orbit. As NASA works toward sending astronauts to the Moon in 2024 and eventually on to Mars, the agency plans to continue to ensure astronauts who want to vote in space are able to, no matter where in the solar system they may be.