The CBI also analysed relevant records and files related to allocation of mining leases which were allegedly given in violation of the e-tender policy of the state during the Akhilesh Yadav government in 2012-13. 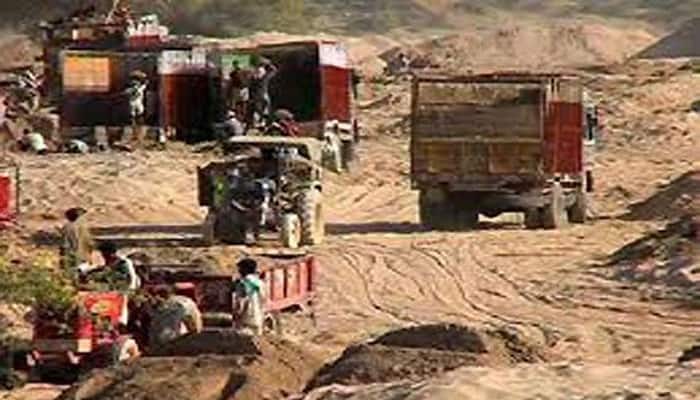 NEW DELHI:  The CBI has started questioning suspects in an illegal mining case in Hamirpur district of Uttar Pradesh on Monday, officials said here.
In the first round, several private persons and government officers were examined by the agency team camping in Hamirpur, they said.

The CBI also analysed relevant records and files related to allocation of mining leases which were allegedly given in violation of the e-tender policy of the state during the Akhilesh Yadav government in 2012-13.

The federal probe agency had carried out searches at 14 locations on January in connection with its FIR against 11 persons including IAS officer B Chandrakala, Samajwadi Party MLC Ramesh Kumar Mishra and Sanjay Dixit (who unsuccessfully contested the 2017 assembly election on a BSP ticket) to probe alleged illegal mining of minor minerals like sand and gravel in Hamirpur district between 2012 and 2016.

Uttar Pradesh cadre IAS officer of the 2008 batch B Chandrakala was the district magistrate of Hamirpur during 2012-14 when she allegedly violated the e-tender system of allotting mining contracts in the district, the FIR said.

Chandrakala, who is on study leave, is one the most talked-about officers on social media because of her purported anti-corruption drive videos on various platforms. Her social media videos lashing out at government officials earned her the title 'Lady Dabang' (daring).

"The role of the then mining ministers concerned during the relevant period may be looked into during the course of investigation into the case," the FIR stated.