"The state does not want 'bua' and 'babua'. It only wants 'baba',"  said Rajnath Singh referring to Chief Minister Yogi Adityanath at a convention of BJP booth presidents here, just months ahead of the UP Assembly polls. 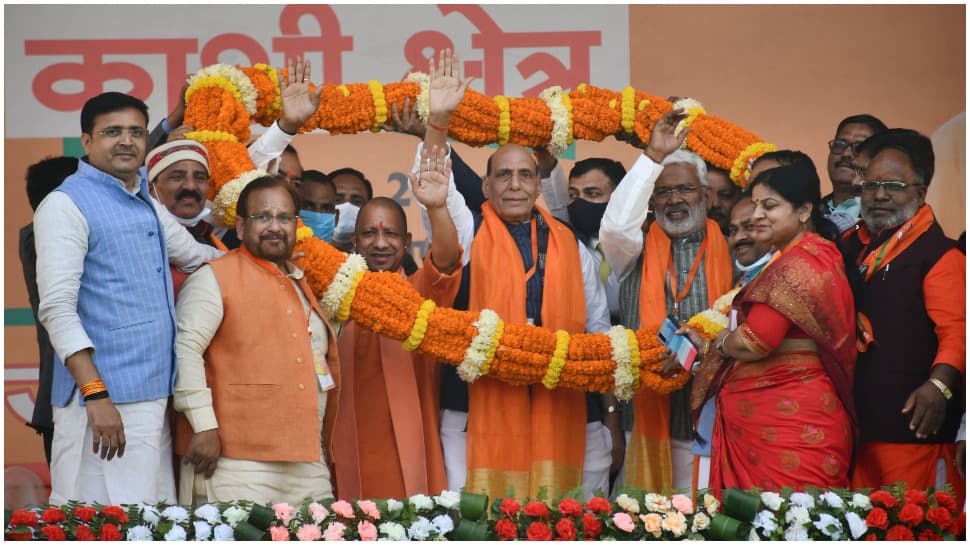 The state wants only "baba", he added referring to Chief Minister Yogi Adityanath at a convention of BJP booth presidents here, just months ahead of the UP Assembly polls.

On the occasion, Rajnath also slammed the Congress, accusing it of not taking any strict measure to check terrorism after the Mumbai attack on November 26 in 2008.

"The state does not want 'bua' and 'babua'. It only wants 'baba'," he said addressing BJP workers.

About the Congress, he said its senior leader Manish Tewari has written in his book that his party's government did not take the required action after the Mumbai attack.

"After our government was formed, terrorism is completely under control. Terrorists are being killed on the border," Rajnath claimed.

"We will not disturb anyone, but if someone disturbs us, we will also not leave them," he said speaking on the country's security.

On this occasion, Adityanath said people should not forget the elements responsible for the Partition of the country.

"These are the same people who attacked the faith through riots when they were in power before 2017. They had hindered the development of the state by spreading corruption," he alleged.

No riots, farmer suicides, starvation under BJP regime: Yogi Adityanath in UP