V K Sasikala, late Tamil Nadu chief minister J Jayalalithaa's aide, was admitted to a Bowring Hospital in Bengaluru, Karnataka after her health deteriorated in the Parappana Agrahara Prison. Sasikala is suffering from high fever and shortness of breath. Initially, when her health deteriorated, she was undergoing treatment inside the jail hospital. 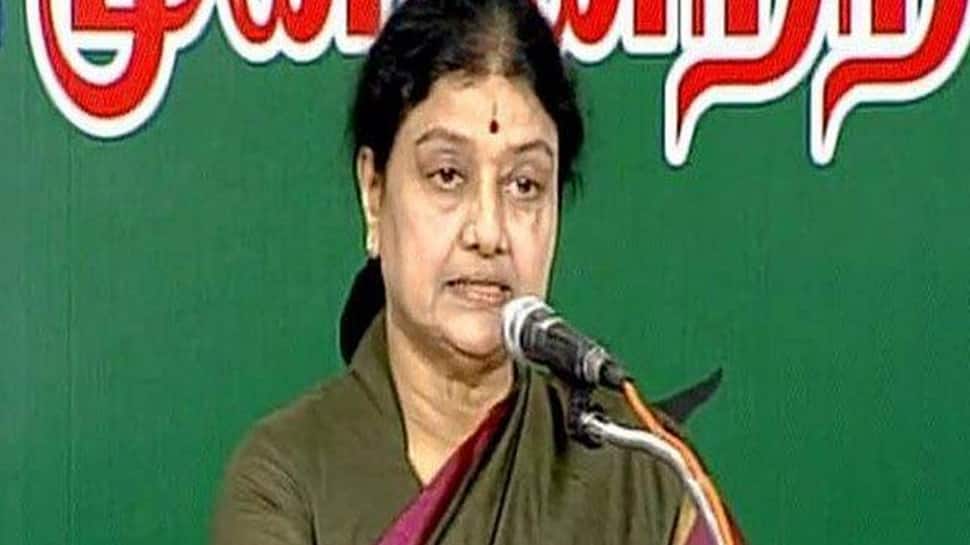 Late Tamil Nadu chief minister J Jayalalithaa's aide V K Sasikala was on Wednesday admitted to a hospital in Bengaluru, Karnataka after her health deteriorated in the Parappana Agrahara Prison. Sasikala, who is suffering from high fever and shortness of breath, was brought to the Bowring Hospital in Bengaluru.

Sasikala complained of fever and difficulty in breathing since Tuesday night. Initially, when her health deteriorated, she was undergoing treatment inside the jail hospital. The doctors are currently keeping an eye on her health condition. She is undergoing four-year imprisonment in a corruption case and is expected to be released on January 27.

The hospital issued a statement saying, "Smt Shashikala 63 year old with comorbidities of Hypertension Diabetes and hypothyroidism is admitted with cough and fever. On arrival to hospital oxygen saturation at room air 79 per cent and febrile. Stable with supportive measures and antibiotics and oxygen. She will be further evaluated and monitored. Investigation reports are awaited."

On December 2020, Sasikala, convicted in the case of an asset and serving a four-year sentence at the central jail in Bengaluru, had sought release earlier than the schedule under remission norms for prisoners, official sources had told news agency PTI. Sasikala engaged herself in activities like learning Kannada and gardening while in prison, her counsel said, answering a question and confirmed the submission of a petition seeking remission.

After the Supreme Court restored the trial court judgment in toto against Sasikala and two of her close relatives in the disproportionate assets case, she surrendered before the court in Karnataka on February 15, 2017, and has been lodged in Parappana Agrahara Central Jail since then.

Her two relatives are also undergoing four years simple imprisonment and all three of them were imposed a fine of Rs 10 crore each. With the death of Jayalalithaa in 2016, who was the first accused in the case, the appeal by Karnataka against her stood abated.