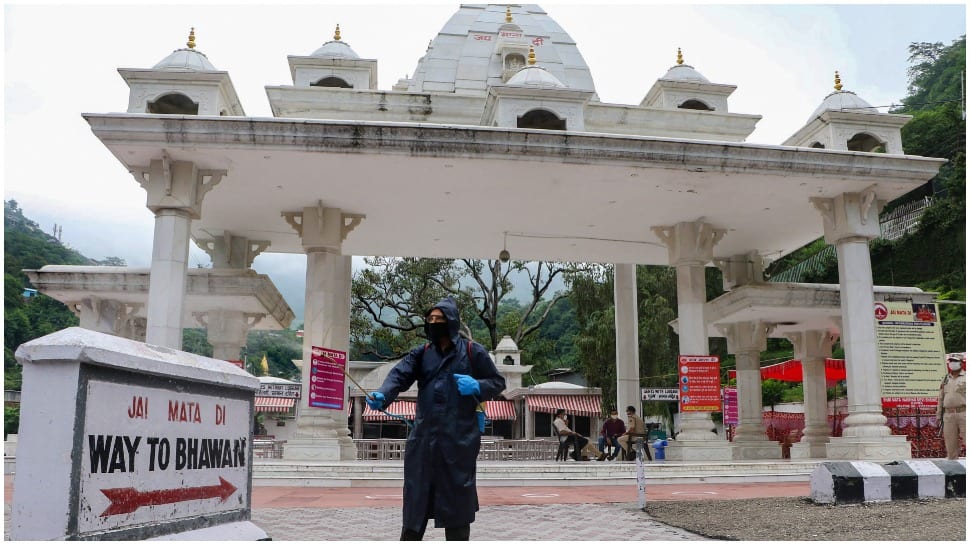 The service was launched during a meeting of the SMVDSB presided by Jammu and Kashmir Lieutenant Governor Manoj Sinha, who is also the chairman of the SMVDSB, at the Raj Bhavan here, he said.

The devotees who are unable to visit the shrine located between three-peaked mountains, popularly known as 'Trikuta', can now get the "Pooja Prasad' delivered to their home, the spokesperson said.

To get the "Pooja Prasad' delivered home, a devotee can make the booking through the SMVDSB website. Once the booking is made, the SMVDSB will ensure that the "Pooja' is performed within 72 hours and the "Prasad' is dispatched through speed post, he said.

So far, around 1,500 "Pooja Prasad' packets have been dispatched by the board to the devotees across the country through speed post, for which the board has entered into an agreement with the postal department, the spokesperson said.

The Board also reviewed the necessary precautionary measures taken by the CEO Ramesh Kumar in view of the coronavirus outbreak for ensuring the safety of the pilgrims, staff and the public.

The LG directed the CEO for a phase-wise increase in the number of pilgrims from outside the union territory based on an objective assessment of the ground situation, the spokesperson said.

The yatra to the cave shrine of Mata Vaishnodevi has resumed from 16 August and all devotees can now offer special poojas and perform other rituals, the CEO said.

The Board also undertook a comprehensive review of its major infrastructure development projects, including those completed earlier.

The LG directed the CEO for completion of ongoing works in a time-bound manner for facilitating the visiting pilgrims.