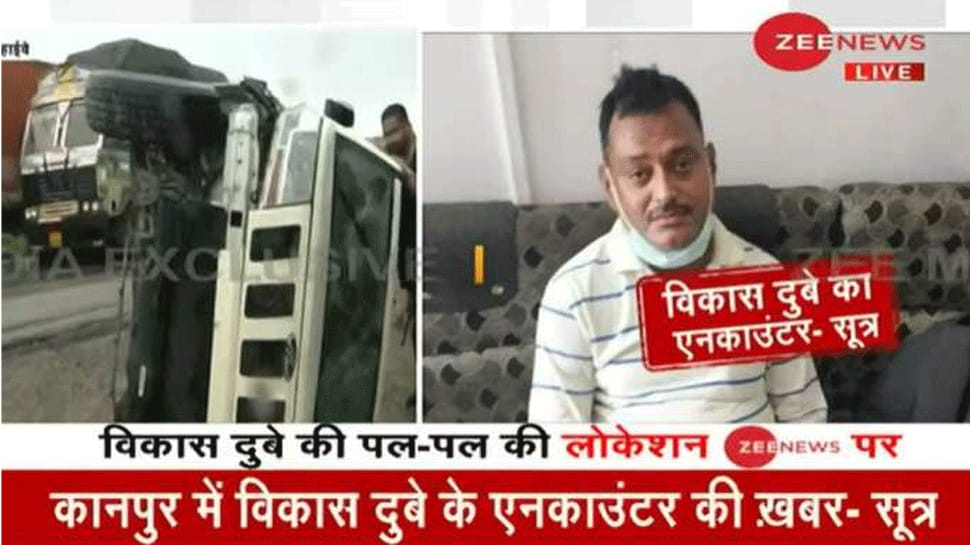 Kanpur: Uttar Pradesh Special Task Force (STF) killed notorious gangster Vikas Dubey in an encounter in Kanpur on Friday (July 10, 2020) after he tried to flee. Vikas Dubey attempted to escape after the UP STF vehicle transporting him to Kanpur from Ujjain in Madhya Pradesh overturned in heavy rain.

The UP STF personnel chased Vikas Dubey after the accident as he snatched the service revolver of one of them. A gunfight ensued at the spot in which gangster was killed on the spot. Dubey was taken to the hospital where he was declared brought dead by doctors.

"Gangster Vikas Dubey killed in an encounter when he tried to flee after a road accident," said IG, Kanpur Mohit Agarwal. Uttar Pradesh Chief Minister Yogi Adityanath is likely to address a press briefing on the incident today. 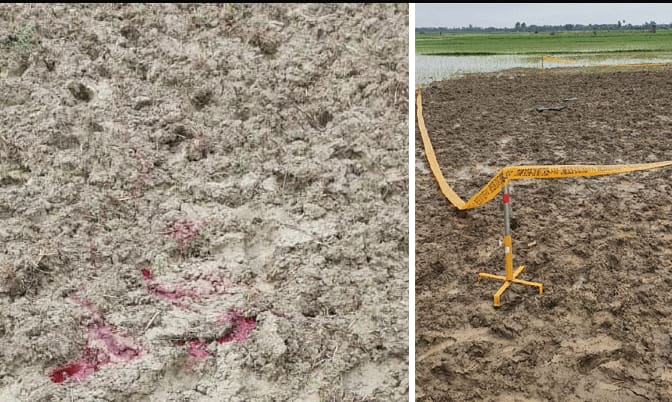 Here's a sequence of events that led to the incident:

A UP STF convoy arrived in Kanpur from Ujjain.
At 7 am, a car carrying gangster Dubey overturned near Barra in Kanpur.
Gangster tried to snatch arms from police personnel.
He tried to flee from the spot and fired from the police pistol.
The STF tried to make him surrender.
The STF fired on him in self-defence.
Dubey was shot at by STF multiple times and was killed in the gunfight.

A convoy of 12 cars of Uttar Pradesh Special Task Force (STF) was bringing back Dubey to Kanpur from Madhya Pradesh's Ujjain on Friday morning. The convoy met with an accident after one of its car overturned near Barra in Kanpur. The incident happened at 7 am on Friday.

Sources told Zee News that Dubey, who was inside the car, snatched weapons from UP  STF officials, during which the car, which was speeding to the STF office, lost its control and turned turtle. The gangster tried to flee from the spot during which the STF chased and fired shots on him.

Carrying a bounty of Rs 5 lakh on him, gangster Dubey had been on the run since July 3 when a police team, which had gone to arrest him from his house in Bikru village in the Chaubeypur area of Kanpur, was ambushed. The group was caught in a hail of gunfire from rooftops, which left eight policemen dead and several injured.

Dubey was a prime accused in almost 60 cases, including murdered. In 2001, he was accused of killing a BJP leader in a police station but was acquitted due to lack of evidence.