The security forces claimed that they tried to maintain restraint initially but when the situation went out of control, they fired in retaliation. 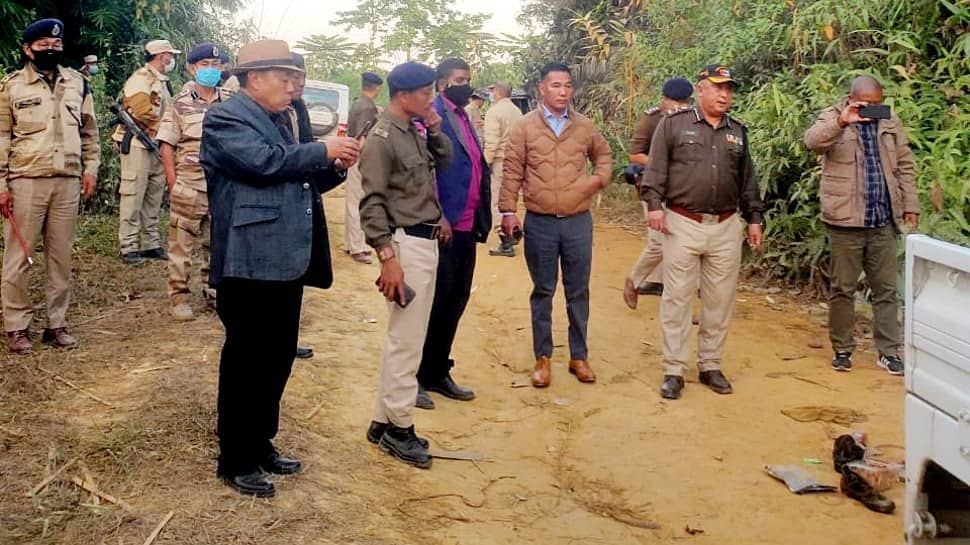 New Delhi: A day after 13 civilians were killed by the Indian Army in what they termed “mistaken identity”, an angry mob comprising approximately 500 youth entered the Army camp in the Mon district on Sunday (December 5).

The security forces claimed that they tried to maintain restraint initially but when the situation went out of control, they fired in retaliation.

One person was killed and two others injured by the security forces.

“Today at around 4 pm, an angry mob comprising of approximately 500 youth in Mon, Nagaland entered the security forces camp. The mob was protesting against the killing of individuals the previous day in Tiru, Tizit,” said the Army officials.

“The security forces tried their utmost to reason with the mob, however, the mob started to ransack the camp. On being attacked the security personnel continued to exercise restraint and tried to calm the crowd and convince them to return. However, the crowd entered the camp, burnt all the structures. Till then, no force was used by troops. But when the mob started physically attacking the troops with weapons, the troops fired in self-defence, resulting in injuries to a few civilians. Two security personnel are also grievously injured,” said the Army.

The mob was demanding immediate action against the security personnel involved in the killing of the 13 people on Saturday evening, PTI reported police sources as saying.

Prohibitory orders under Section 144 of the CrPC were also imposed in Mon where the situation is volatile, officials said.

Six civilians were killed in the first incident of firing on Saturday evening when Army personnel mistook coal mine workers to be insurgents, while seven people were gunned down as angry locals attacked the security forces in retaliation.

One soldier also died in the rioting that broke out after the first incident of firing, they said.

Candlelight services were held in churches across the Christian-majority state in condemnation of the killings.