Warm conditions prevail in most parts of north India; dust storm 'very likely' in 13 UP districts on Monday

Hot weather conditions prevailed in most parts of Haryana and Punjab, with Narnaul sizzling at a high of 44.6 degrees Celsius, three notches above normal. 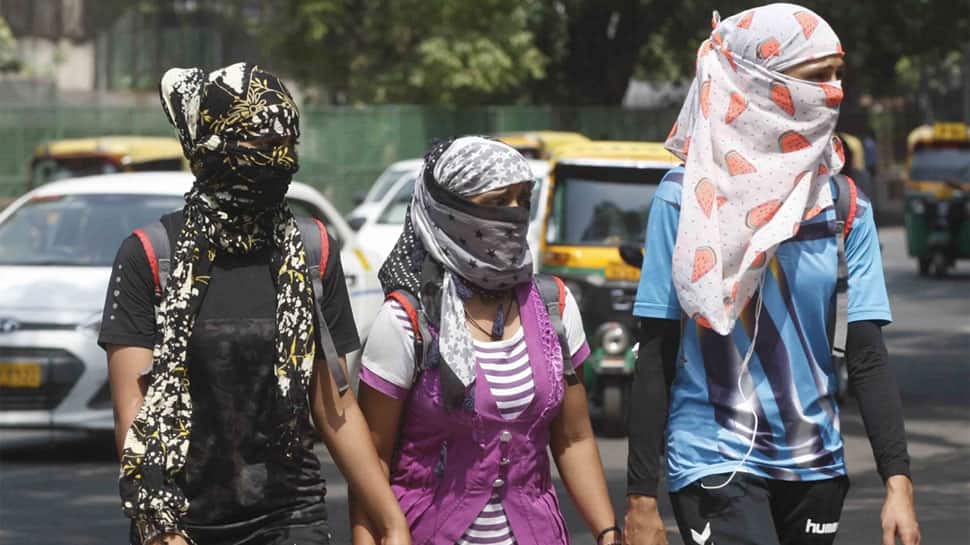 New Delhi: Warm conditions prevailed in most parts of north India today, even as the meteorological department said thunderstorm and dust storm accompanied with gusty winds are "very likely" at isolated places in 13 districts of Uttar Pradesh, that witnessed over a dozen deaths due to similar weather conditions over the weekend.

Thunderstorm and duststorm accompanied with gusty winds are "very likely" at isolated places in 13 districts of Uttar Pradesh over the next two days, the MeT department warned today.

According to the meteorological department, the districts that might be hit by thunderstorm or dust storm are Banda, Chitrakoot, Fatehpur, Hardoi, Shahjahanpur, Pilibhit, Bareilly, Rampur, Moradabad, Meerut, Bijnore, Muzaffarnagar and Saharanpur.

The weather office has also forecast "very likely" rain in certain parts of the state.

The latest bout of deadly dust storm over the weekend claimed 17 lives and left 11 people injured. Most of the deaths were caused due to falling of trees and house collapse, a UP government spokesperson said.

Moradabad bore the maximum brunt of the storm, with as many as seven deaths reported from the district, followed by three deaths from Sambhal. Dust storms have become a regular phenomenon in the state that left over 130 people dead last month.

On May 13, 39 people died in various districts including Bareilly, Barabanki, Bulandshahr and Lakhimpur Khiri districts. On May 9, a severe storm left 18 dead and 27 others injured. Five people died in Etawah district, three each in Mathura, Aligarh and Agra, two in Firozabad and one each in Hathras and Kanpur Dehat.

Thunderstorms and lightning on May 2-3 left 80 dead in the state, most of them in Agra district in the western part of the state.

Hot weather conditions prevailed in most parts of Haryana and Punjab, with Narnaul sizzling at a high of 44.6 degrees Celsius, three notches above normal.

Among other places in Haryana, blistering heat swept Hisar, which recorded a high of 42.9 degrees Celsius and Bhiwani registered a maximum temperature of 42.1 degrees Celsius, the MeT Department said.

There was no let up in the heatwave conditions in Rajasthan with Sriganganagar being the hottest in the state at 48.2 degrees Celsius. Churu was the second hottest place with a maximum temperature of 47 degrees Celsius, according to the MeT department.

According to the MeT department, the weather conditions will remain the same for the next 24 hours.

In Gujarat, meanwhile, the power demand is at its peak, with average daily demand touching up to 16,000 MW, due to severe heatwave conditions.