The BJP has decided to hold only small public meetings and to cap the maximum number of people allowed at public rallies to 500. 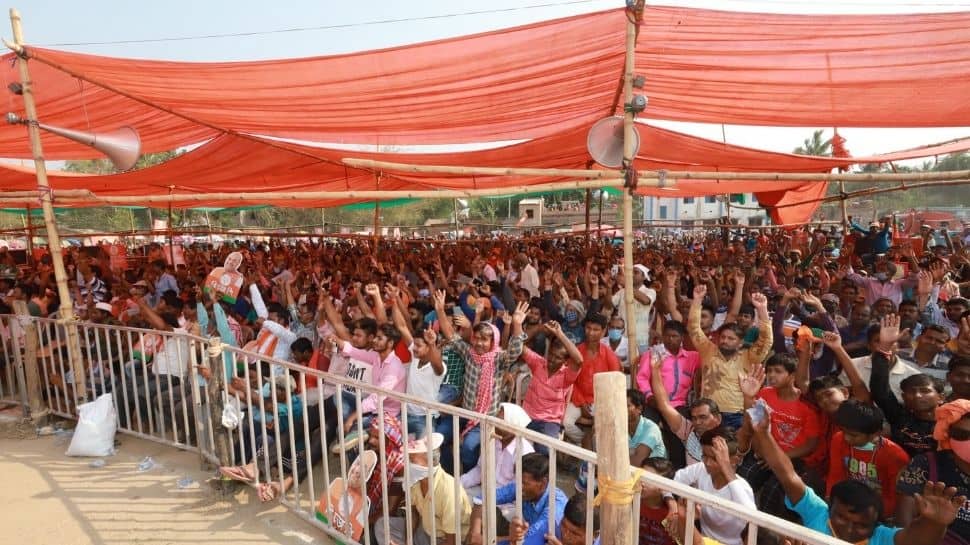 New Delhi: The Bharatiya Janata Party (BJP) on Monday (April 19) put a restriction on the number of people permitted at the rallies of Prime Minister Narendra Modi and other leaders campaigning during the ongoing West Bengal Assembly elections.

In the wake of the worrying surge in coronavirus cases across the country, the BJP has decided to hold only small public meetings and to cap the maximum number of people allowed at public rallies to 500.

The ruling party at the Centre will also start "Apna Booth - Corona Mukt" programme from Tuesday. It aims to distribute 6 crore masks and sanitisers in West Bengal, the BJP said.

“On the call of party president JP Nadda, dedicated COVID-19 helpdesk and COVID helpline to be released in all states,” the release added.

BJP’s announcement comes a day after Congress leader Rahul Gandhi on Sunday (April 18, 2021) suspended all his impending public rallies in West Bengal due to the prevailing COVID-19 situation. He had also urged other political leaders to think about the consequences of holding massive rallies during the ongoing coronavirus crisis.

Meanwhile, All India Trinamool Congress (TMC) leader Derek O’Brien had informed that West Bengal Chief Minister Mamata Banerjee will not campaign in Kolkata anymore. She will hold one ‘symbolic’ meeting on April 26, the last day of campaigning. While all her other meetings will be held will not be longer than 30 minutes.

Himachal Pradesh declares closure of all education institutes till May 1