West Bengal Governor Jagdeep Dhankhar on Tuesday slammed Chief Minister Mamata Banerjee for lodging "unwarranted" complaints against him with Prime Minister Narendra Modi, and said that he does have stakes in the governance of the state and none in politics. 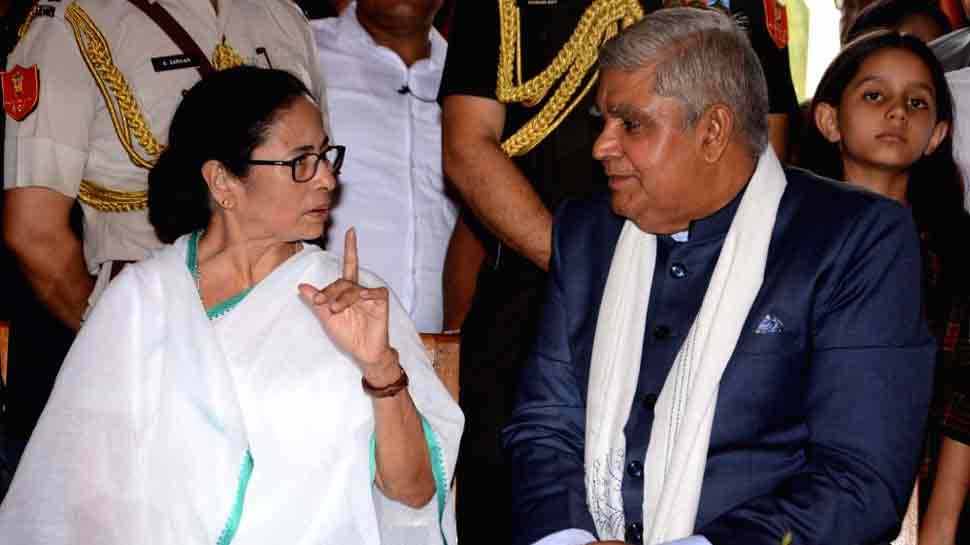 Kolkata: West Bengal Governor Jagdeep Dhankhar on Tuesday slammed Chief Minister Mamata Banerjee for lodging "unwarranted" complaints against him with Prime Minister Narendra Modi, and said that he does have stakes in the governance of the state and none in politics.

In a letter to the chief minister on Tuesday, the governor said he was "stunned and shocked" by her allegations.

"I take strong exception to such uncharitable, unfounded and unmerited stance. These are unbecoming of the position you hold," he said.

Dhankhar, who had frequent run-ins with the government over several issues including law and order, ration for the poor and education since last September, said her observations are bereft of any fact, premise or foundation and there was not even one illustration to sustain these.

"I am not a stakeholder in politics, but have undoubted stakes in governance in the state given my constitutional obligations and would ever insist supremacy in the constitution and the rule of law in governance. I am required to be aware of the state of affairs and also affairs of state.

"I have scrupulously adhered in my actions to constitutional prescriptions, while you have, in spite of my umpteen suggestions, all through practised constitutional distancing and making my role as governor and chancellor dysfunctional," the letter read.

Training his guns at the police department, which is under Banerjee, Dhankhar claimed that governance in the state is police driven.

"Police in the state have fingers in every pie and this does not augur well for democracy. Inputs indicate that the governance in the state is Police driven-a worrisome scenario that leads to a police state. Time to take note of the fiscal empowerment of those in Police, in positions of authority, and it will be an eye-opener, as asserts," he said.

Expressing concern over the alleged deterioration of law and order in West Bengal, Dhankhar had last week said the state police were not functioning according to rules and urged the chief minister to find time and interact with him on the matter.

The face-off between the West Bengal government and the Raj Bhavan had escalated during the COVID-19 pandemic, with Banerjee accusing Dhankhar of repeatedly interfering in the functioning of the state administration, and the latter asserting that a state cannot be governed as someone's "personal fiefdom".

On July 16, after the governor said that the education system in West Bengal is "politically caged", Banerjee alleged that the governor was acting "more dangerously" than a BJP mouthpiece and that doesn't suit someone holding a constitutional post.