Why are you in the US? Zee News reporter recalls his experience of covering Wisconsin Gurdwara shooting in 2012

Nine years ago on August 5, 2012, six Sikh worshippers were killed by a white supremacist in a shooting rampage at a temple in Wisconsin in the US. The killing of innocent Sikh devotees in Wisconsin shocked not just the Sikh community, but people of all races and nations, worldwide. A Zee News reporter recalls his experience of covering the tragic incident

New Delhi: As the US President Joe Biden mourns the victims of the 2012 Wisconsin Gurdwara shooting, it refreshed memories of my visit to the USA to cover the awful incident and sharing the sentiment of families of victims.

Nine years ago on August 05, 2012, six Sikh worshippers were killed by a white supremacist in a shooting rampage at a temple in Wisconsin in the US. The incident of innocent Sikh devotees’ killing in Wisconsin shattered the community worldwide. The Sikhs were in deep shock and dismayed over the incident.

To cover the incident, I landed in the USA on August 09, 2012. It was 10.30 in the morning on August 9, 2012, when I checked in at the immigration counter at the international airport O'hare Chicago. Stamped with a Journalist Visa, I was there to cover the Wisconsin Sikh Temple killings where six worshippers were gunned down by a white supremacist.

Mourning the loss of lives in a mass shooting by a white supremacist at a Gurdwara in Wisconsin nine years ago, US President Joe Biden has admitted that there has been a rise in hate crimes against Asian-Americans amidst the pandemic and promised to work with the community members to combat the scourge.

Having travelled to the USA so many times, I had a ringside experience of dealings of homeland security at the airports in the USA. For frequent travellers, it is a usual practice now to experience body frisking and patting of headgear. The cops there have a long list of questions if your name pops up in their outlook list, even by mistake.

As I quad up for the immigration check out, I realised a visible change in the staring officer. Why are you in USA? This is the first question the immigration officer asked me. This was not a strange question for me since I had replied to it so many times. I was ready with the same reply which I might have given umpteen times.

"I am a journalist and here to report Wisconsin Gurdwara killing". The only change was that I added the name of Gurdwara in my answer. To my surprise, the lady officer seems knew about the 'Gurdwara' as I could read from her face and reply. 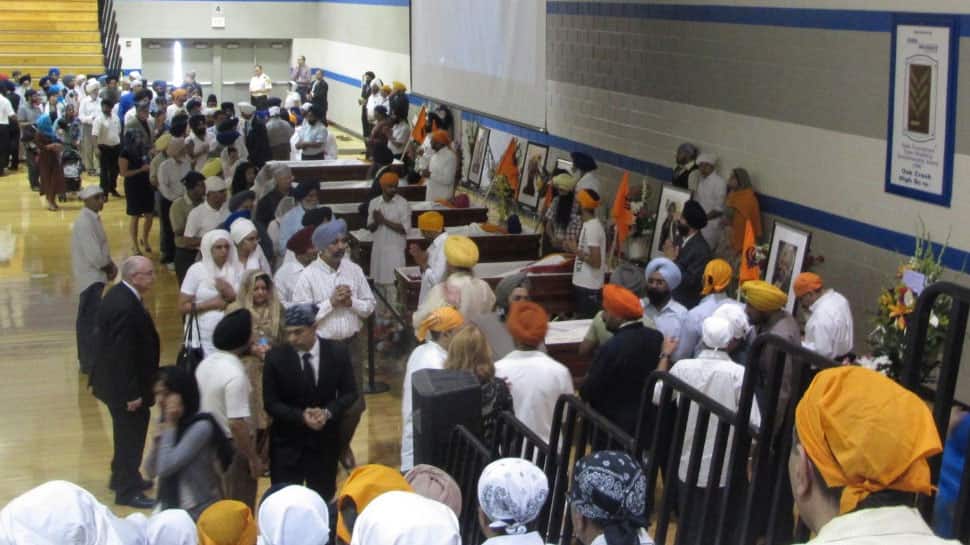 "Oh yes, it was an unfortunate incidence", she appeared acknowledging the pain of the Sikh community. Without asking further questions she stamped my passport and asked me to proceed further. During my previous visits. I was put to special questioning by the immigration officer. Many other Sikh visitors to the USA had the same experience and by and large an accepted practice.

For me, it was a positive outcome of Wisconsin killings that had otherwise shaken the Sikh community and those who disown hate crimes. The US government for the first time ordered to put the national flag at half-mast to show solidarity with the Sikh community.

The gesture of the US government has won over the Sikhs and it sent a strong message to the American people to condemn racist forces. One step of US president Barack Obama has done so much for the Sikh Community which they themselves have failed to do for them.

The national media of US chased it for over two weeks bringing about a change in the mindset of common Americans.

The Sikhs in US for the first time didn’t like the protest against America. It was condemned as strongly as the Gurdwara killings itself. The turning point in this episode was the public apology by Punjab Chief Minister and Patron of Shiromani Akali Dal (SAD), who happened to be there, who dismissed such protest by his own party men in Delhi.

An important factor that came to the fore is the lack of religious preaching and creating awareness about Sikhism among world communities. The Sikhs often fall to hate crime most of the time due to the resemblance of their attire with Arab Muslims. The Muslim community became a victim of hate crimes after 9/11 and after the killing of Osama Bin Laden who was an Arab.

The world knew Sikhs as a martial community despite the fact that Sikh masters preached more for love and peace.  The Sikh identity to the world is little known though we at home assume otherwise. We need to realise the fact that no serious steps were taken to propagate the identity of Sikhs.

For instance, a lot of Sikh scholars and hymn reciters (Ragis) go to the US and other countries to preach within the community.

Whereas the need of the hour is to tell others about Sikhs in their language. The premier Sikh bodies should adopt a world vision and prepare missionaries capable to deliver the message to other faiths.