The Congress-led Rajasthan government is staring at a serious crisis as the ongoing tussle between Chief Minister Ashok Gehlot and his deputy Sachin Pilot has intensified with the latter expected to quit the Congress with his loyalist MLAs. 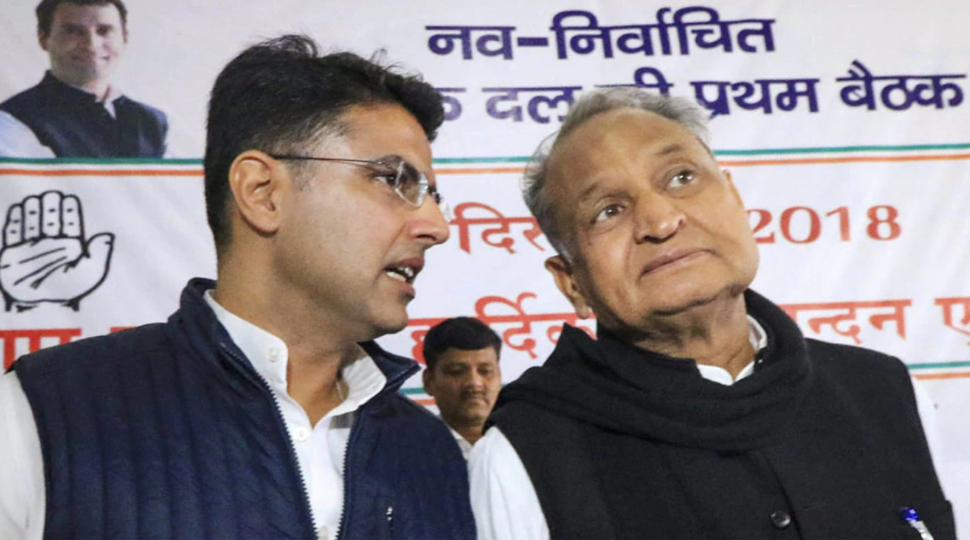 The Congress-led Rajasthan government is staring at a serious crisis as the ongoing tussle between Chief Minister Ashok Gehlot and his deputy Sachin Pilot has intensified with the latter expected to quit the Congress with his loyalist MLAs.

The current flashpoint between Gehlot and Pilot was a probe ordered by the state police into "poaching" of MLAs and a notice sent to Pilot, which has not gone well with Rajasthan Congress president.

The Rajasthan police issued notices to Gehlot and his deputy Pilot to record their statement in connection with the alleged attempts to topple their Congress government, sources said on Saturday.

Rajasthan police’s Special Operations Group (SOG) on Saturday charged two persons with sedition and criminal conspiracy for trying to topple the state government by allegedly indulging in horse-trading of MLAs.

A notice was also sent to Rajasthan government chief whip Mahesh Joshi by the SOG to record his statement. The SOG claimed that it had intercepted phone conversation of the two men charged with sedition, while probing an arms deal case in June and found that they were talking about BJP’s alleged plans to topple the Gehlot government.

On Saturday (July 11), Gehlot had accused the opposition BJP of trying to topple his government by offering Congress MLAs large sums of money and said his administration is not just stable but will complete its five-year term.

The BJP had asked Gehlot to prove his allegation of horse-trading levelled against it or quit politics and claimed he was targeting the opposition party as he was unable the check the infighting in the state Congress.

Sources close to Sachin Pilot on Sunday (July 12) said the letter asking the deputy chief minister to appear for questioning in a probe into alleged attempts to destabilize his own government has "crossed all limits" and made it "untenable" for those MLAs supporting him to work under Chief Minister Ashok Gehlot.

The MLAs supporting Pilot cannot stand the repeated undermining of Pilot, also the state PCC chief, by the Gehlot camp and the letter by the police's special operations group (SOG) sent to the deputy chief minister was to "humiliate him", sources told PTI.

Pilot arrived in Delhi on Saturday(11 July) to meet senior Congress leader Ahmed Patel. During the meeting, Pilot listed a set of grievances against CM Gehlot.

He has also met with former Congress colleague - Jyotiraditya Scindia, who claimed it was sad to see Pilot being sidelined and persecuted by Rajasthan CM, after the meeting.

While both Rahul and Sonia Gandhi have been briefed about the current situation, Pilot wants to meet Congress interim chief Sonia Gandhi to apprise her of the political situation in the state.