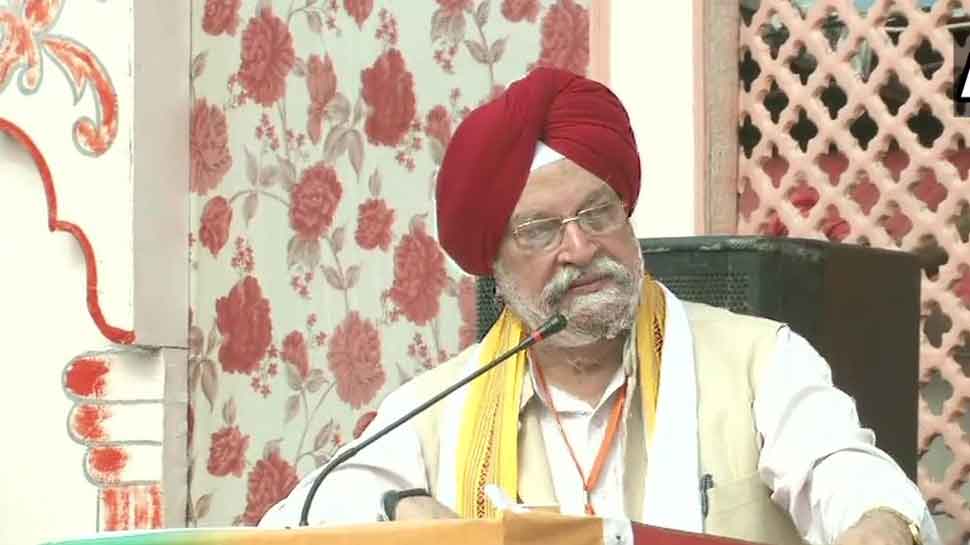 "We are going to contest the Assembly elections under the leadership of Manoj Tiwari Ji and we will rest only after making him the Chief Minister," news agency ANI quoted Puri as saying as he addressed a public meeting in the national capital.

Union Minister Hardeep Singh Puri in Delhi: We are going to fight Assembly elections under leadership of Manoj Tiwari ji (Delhi BJP President) and we will rest only after making him the Chief Minister. pic.twitter.com/TGWj0z0f3Q

During his address, he also attacked Delhi Chief Minister Arvind Kejriwal over the poor quality of water being supplied in Delhi and said, "Kejriwal Ji says that Delhi's water is not that bad. If that is the case, then drink a litre of that water, you'll know whether its bad or not."

Puri, who is also the Minister of Housing and Urban Affairs in India, had on Saturday (November 23) said that he had no intentions to run for the Delhi Chief Minister`s post.

Asked if he will run for Delhi Chief Minister`s post, Puri said, "I have no such intentions. I was a bureaucrat and now I am a minister. There are several leaders in Delhi who are born and brought up here and are senior BJP leaders."

"I congratulate @ManojTiwariMP ji on being made the Chief Ministerial candidate from BJP for the upcoming assembly elections," Manish Sisodia tweeted in Hindi.

The BJP had betted high on Dr Harsh Vardhan during the 2013 assembly elections, whereas former IPS officer Kiran Bedi was its pick for Chief Minister's post in 2015. In both elections, the party tasted defeat from the AAP, especially a crushing one in 2015 by bagging just three seats in the 70-member assembly.

This year, cows in Ayodhya will get winter coats