Wing Commander Abhinandan Varthaman returned home to a massive welcome at the Attari-Wagah border as the whole of India erupted with joy. 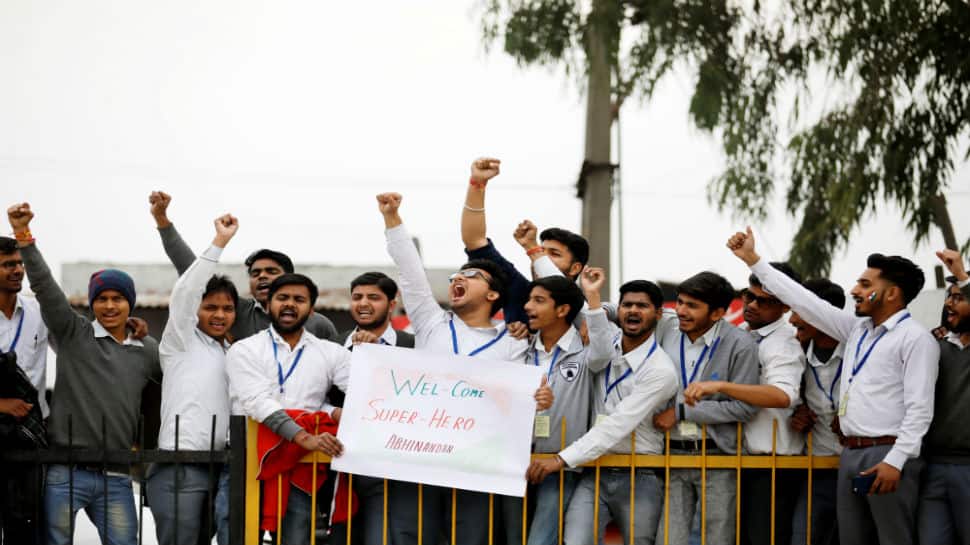 Attari-Wagah border: A sea of people gathered at the Attari border since morning on Friday, waiting to catch a glimpse of the IAF braveheart who was scheduled to come back from Pakistan. Their wait finally got over when Wing Commander Abhinandan Varthaman was handed back to the Indian Air Force. And with it, an entire country united in saluting the return of a hero.

Abhinandan had been captured by Pakistani forces on Wednesday after the brave pilot ejected from his MiG-21 bison while chasing a Pakistani F16 jet across the LoC. He was beaten and images of him with a bloodied face and swollen eyes began doing the rounds on social media. Showing exemplary courage, however, Abhinandan refused to answer most of the questions that the Pakistani force asked him. With India mounting pressure on Pakistan for his return, Imran Khan announced the IAF pilot would be handed back.

Patriotic slogans. Crackers. The tricolour. Scenes at the Attari-Wagah border were of absolute jubilation

People hailed a hero who was held captive by enemy forces and one who remained brave in the face of adversity. At the border, there were hundreds who had gathered to greet Abhinandan - from politicians to people at large. The biggest smile here, however, was on the faces of Abhinandan's parents who heaved a massive sigh of relief.