The bill aims to curb the trafficking and rehabilitation of sex workers in the country. 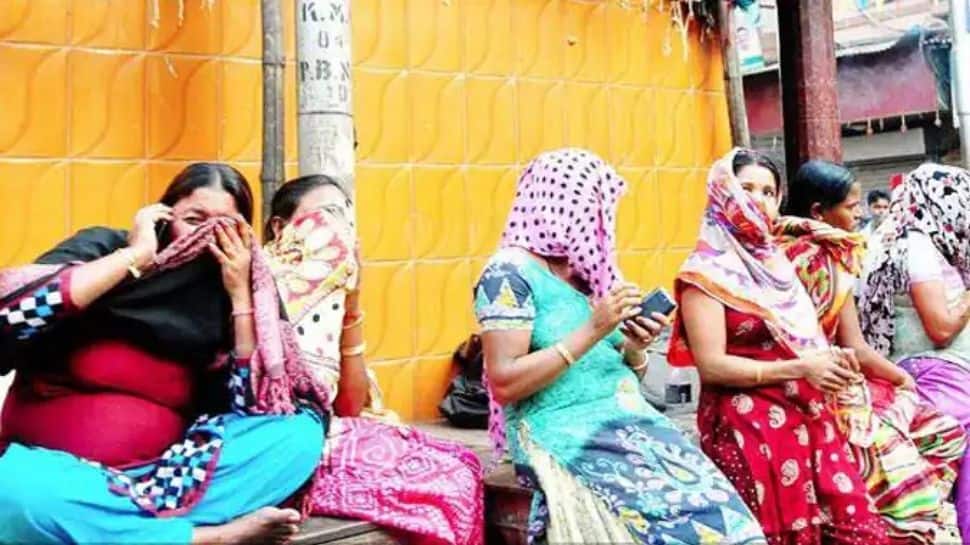 New Delhi: The Centre on Monday (November 29) informed the Supreme Court that it is bringing a bill in Parliament during the ongoing winter session to curb trafficking and rehabilitation of sex workers in the country.

The top court directed all the States and Union Territories to not insist on the requirement of ration cards or any other identity proofs from the National Aids Control Organisation (NACO) identified sex workers and provide them dry ration during the pandemic period in compliance with the earlier orders of the court.

A bench of Justices LN Rao and BR Gavai recorded the submission of Additional Solicitor General RS Suri that the centre has planned to bring in legislation during the ongoing winter session to curb trafficking and rehabilitation of sex workers.

The bench said, The right to Food has been recognised as a human right under Article 21 of the Constitution. Though there is some improvement in the situation caused by the COVID pandemic, we are of the view that there is the constitutional obligation of the States/UTs to provide basic amenities to its Citizens, which takes into its fold the sex workers, who are also entitled to dry rations.

The top court was hearing an application filed by an NGO in a 2010 petition seeking to address the problems of sex workers in the country.

The bench noted that this court has constituted a committee to submit its recommendations for the rehabilitation of sex workers in 2011 and the panel has submitted a detailed report with recommendations to the court.

It said that on February 27, this court was informed by the Additional Solicitor General that a group of ministers was seized of the matter and it is examining two draft legislation which will take into account the recommendation of the court-appointed committee.

The bench said that realising that the petition was pending since 2010 and the need for legislation, the court had asked the government to bring in the law at the earliest.

ASG RS Suri submits that legislation will be placed before the Parliament during the ongoing session of Parliament '', the bench recorded the submission and posted the matter for further hearing after two weeks.

The top court also asked Suri to serve a copy of draft legislation after senior advocate Jayant Bhushan, who is a member of the court-appointed committee and amicus curiae, said that he wants to see whether the government has acted on at least one of the recommendations of the panel.

The bench said that Suri may also serve the copy of the draft legislation to other parties. It said that on October 28, 2020, the court had directed all the State governments and Union Territories to ensure distribution of the minimum quantity of dry ration to sex workers, who have been identified by the National Aids Control Organisation (NACO).

It said that the State governments and UTs were directed to take the assistance of District Legal Service Authorities (DLSAs) for identification of genuine sex workers, who could be entitled to distribution of dry ration.

It added that some States and UTs have filed compliance reports but some have not and senior advocate Anand Grover, appearing for an NGO Durbar Mahila Samanwaya Committee, submits that apart from West Bengal and Maharashtra, who has done considerable work concerning the distribution of dry ration, very few states have done any work in this regard.

It said that Bhushan has also submitted that States are linking it with ration cards or are saying that they do not have any schemes for the sex workers.

The bench said that the identification of sex workers by NACO and DLSAs would be sufficient for them to claim distribution of dry ration. States governments and Union Territories are directed to comply with the order dated October 28, 2020, without insisting upon ration cards from the sex workers.

The top court said that status reports shall also be filed by the State governments and UTs before December 10.

On October 28, last year, the top court had pulled up the Uttar Pradesh government for "delay" in identifying sex workers for providing dry rations during the COVID-19 pandemic, and said there should not be any further delay as it is a "question of someone's survival".

The apex court, which had directed all states and union territories (UTs) to implement its September 29 directions and ensure that dry rations are provided to sex workers identified by the NACO and district legal services authorities.

The NGO has highlighted the destitution faced by sex workers on account of COVID-19 and sought relief measures for over nine lakh female and transgender sex workers across India.

On September 29, last year, the top court directed all the states to provide dry rations to sex workers, who are identified by NACO and district legal services authorities, without insisting on any proof of identity.

The apex court had asked all the states to file a compliance report within four weeks giving details of the number of sex workers who got dry ration within this period.

Grover had earlier argued that a survey among 1.2 lakh sex workers in Andhra Pradesh, Karnataka, Maharashtra, Tamil Nadu, and Telangana found that 96 per cent of them had lost their source of earning in the pandemic.