New Delhi's focus as the chair of the grouping will be to come up with practical measures to meet the Sustainable Development Goals using technological tools. 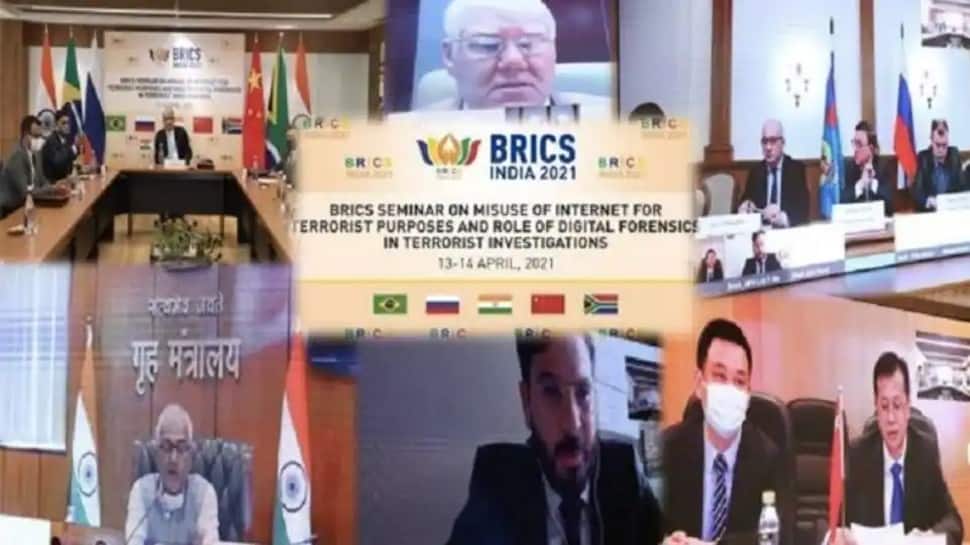 New Delhi: With a focus on the COVID-19 crisis, BRICS or Brazil, Russia, India, China and South Africa's foreign ministers will meet on Tuesday (June 1) virtually at 4 pm. The meeting is being hosted by India as the chair of the grouping this year.

The ministry of external affairs in a release said, "Ministers are expected to exchange views on the Covid-19 pandemic situation, the need for strengthening and reforming the Multilateral System...Countering Terrorism."

The ministers will discuss the finalization of "outcome documents" for the 13th BRICS summit that will take place later this year. New Delhi's focus as the chair of the grouping will be to come up with practical measures to meet the Sustainable Development Goals using technological tools.

This is the 3rd time India is holding the BRICS Chairship after 2012 and 2016. This year marks the 15th anniversary of BRICS and the theme is “BRICS@15: Intra BRICS Cooperation for Continuity, Consolidation, and Consensus”.

BRICS Foreign Ministers started meeting in standalone format since 2017 when the grouping was led by Beijing, and India is hosting the 5th such meeting.