The West Bengal BJP parliamentarian's statement comes amid ongoing protests against the CAA and National Register of India (NRC) across the country. 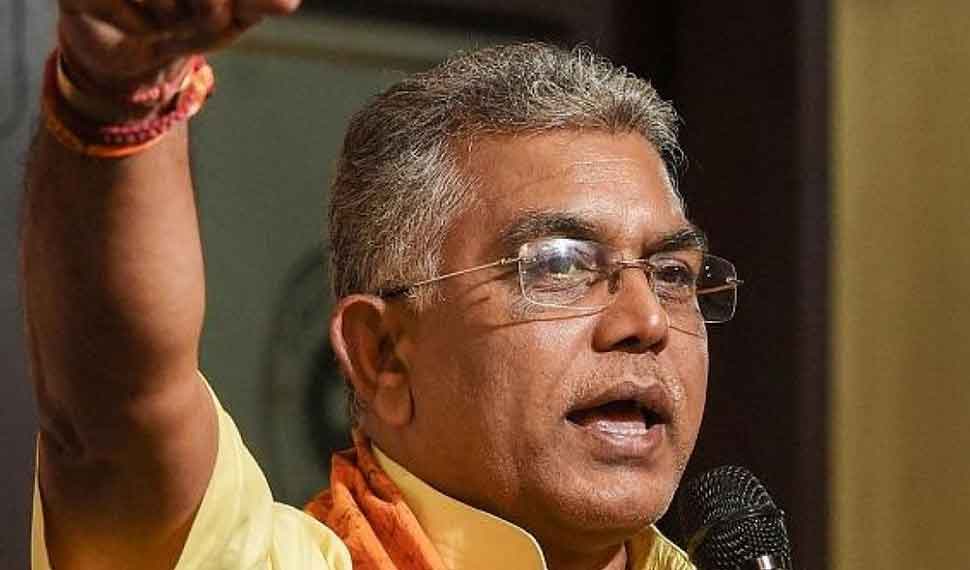 KOLKATA: West Bengal BJP chief and parliamentarian Dilip Ghosh on Tuesday said that nearly two crore Bangladeshi Muslim infiltrators have entered the country out of which one crore are in his state and remaining 1 crore have spread across the country.

The West Bengal BJP parliamentarian's statement comes amid ongoing protests against the CAA and National Register of India (NRC) across the country.

Ghosh, while addressing a rally in the North 24 Parganas district on Sunday, had said that nearly 50 lakh Muslim infiltrators will be identified and chased out of the country if needed.

He said there will be a reduction in the number of votes to Banerjee in the 2021 state assembly election following the process of removing infiltrators` names from the voters` list.

"Once this is done, didi`s votes will be reduced and in the coming elections, we will get 200 seats, she will not even get 50 seats," he said.

Ghosh also made a blistering attack on the opposition parties for supporting the nationwide anti-CAA and NRC protests and said, "their hearts bleed for infiltrators".

Ghosh had, last week, sparked controversy by threatening to shoot down those who damaged public property and accused Banerjee of not taking action as "they are her voters".

He later doubled down on his remark by stating that such people "will never be spared".

It may be noted that the Mamata Banerjee government on Tuesday said that it will bring an anti-CAA resolution in the state assembly on January 27. This came after Union Home Minister Amit Shah said that the Centre won't take back the citizenship law however hard the opposition might protest.

Addressing a pro-CAA rally at Lucknow, the Home Minister challenged Congress leader Rahul Gandhi, West Bengal Chief Minister Mamata Banerjee, SP chief Akhilesh Yadav and others to hold an open debate with him on the new legislation. Several protests were held across West Bengal, many of which turned violent and caused damage to public property.