pm modi address to the nation

Youth should form small committees in their areas for implementation of COVID norms: PM Narendra Modi

Prime Minister Narendra Modi appealed to the youth of the country to extend their contribution in their areas to contain the spread of the COVID-19 pandemic while addressing the nation. 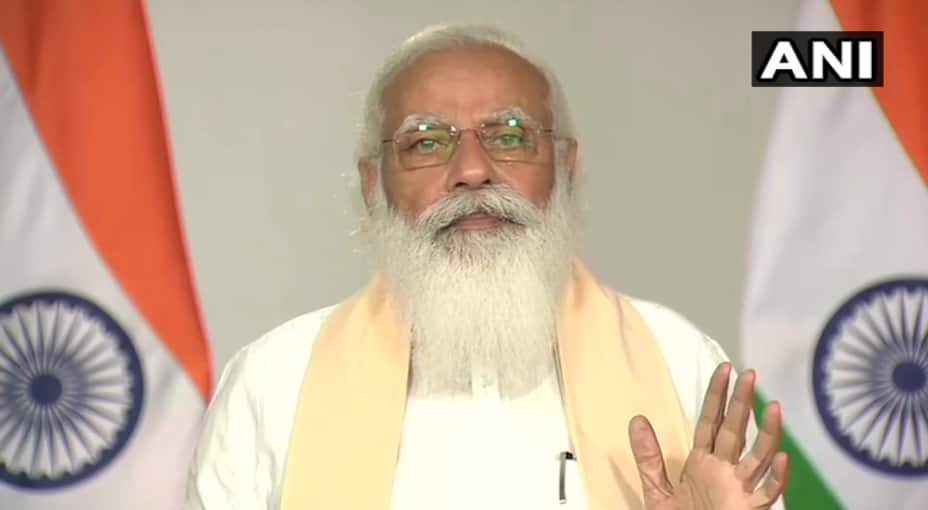 New Delhi: Prime Minister Narendra Modi appealed to the youth of the country to extend their contribution in their areas to contain the spread of the COVID-19 pandemic while addressing the nation.

The Prime Minister asked them to form small committees in their societies, apartments, and mohallas for the implementation of COVID norms, adding that this would help the administration  He said that such an example was witnessed by the nation during the Swachhta Abhiyan, wherein children had extended their cooperation.

In his address, he said, "during the last wave we had started developing vaccines. Now, the country has the cheapest vaccines in the world. We also have the cold chain network to distribute the vaccines."

"We have fast-tracked vaccine trials and approvals. India has two made-in-India vaccines due to our team effort. We are now vaccinating the world. We were the fastest to administer 10cr, 11cr, and 12 cr doses," PM Modi added.

PM Modi assured that vaccines will be available for free in government hospitals, adding "This will help the poor. Our effort is to keep the disruption to a minimum, both social and financial. Vaccines will be made available at a fast pace in urban areas."

Earlier in the interaction with vaccine manufacturers in the country via video conferencing and urged them to continuously scale up the production capacity to vaccinate people in the shortest possible time.

He said the private sector will play an even more active role in the vaccination drive in the coming days and that this will require better coordination between hospitals and industry.

Modi noted that the government has now allowed the vaccination for every adult starting from May 1 as it believes in the manufacturers' ability of vaccine makers, according to a statement from the PMO.

PM Modi also appreciated the efforts and studies being conducted by Indian scientists in the development of new vaccines. He said the biggest strengths of the Indian vaccine industry are its 'Samarthya, Sansadhan and Seva Bhaav' (capability, resource and spirit of service) and these are what make them a vaccine leader in the world.