In a major revelation, it has come to the fore that Underworld don Dawood Ibrahim used to fund Zakir Naik's NGO Islamic Research Foundation (IRF). 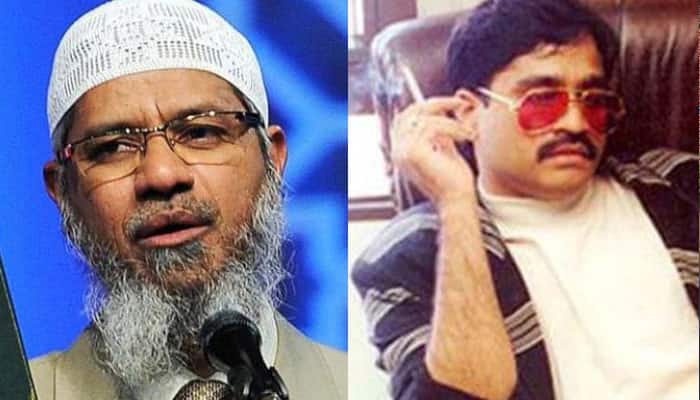 The Enforcement Directorate had arrested Gazdar (48) on Feb 16 for alleged money laundering.

ED officials said they suspected that Gazdar handled funds and transactions worth Rs 200 crore on behalf of Naik and his NGO.

Authorities are investigating other details too.

Earlier, on Feb 17, a special court for Prevention of Money Laundering Act (PMLA) cases in Mumbai had remanded Aamir Gazdar, a close aide of controversial Islamic preacher Zakir Naik, in the custody of Enforcement Directorate.

The ED, while seeking the custody, said Naik completely controlled his (now banned) NGO, Islamic Research Foundation (IRF), and various other trusts he set up.

"Apart from IRF, Naik was also running various trusts in India as well as abroad, and he was in complete control over such instrumentalities which are being run by him in close cahoots with his confidante trustees Mohammed Naik (his brother) and Gazdar," the ED's remand application said.

The agency also said that Naik established certain dummy companies in India and abroad and they were used to camouflage the diversion of funds received by him through illegal activities like giving provocative speeches.

'Gazdar was director in at least six companies'

Among the several entities established by Naik for this purpose, Gazdar was director in at least six companies -- Universal Broadcasting Corporation, Lords Production (both in UK), Harmony Media, Longlast Constructions, Majestic Perfumes and Alpha Lubricants (all in Mumbai).

Harmony Media was used to produce videos of provocative speeches and these videos were exported to Dubai for telecasting, the ED said.

Gazdar had marble business with a turnover of Rs 30 lakh per annum, it said.