While the Maharashtra Police is trying to arrest those responsible for the lynching of three men, including two saints Kalpavriksha Giri Maharaj, Sushil Giri Maharaj, in Maharashtra's Palghar on April 16, Zee News ground report on the incident points to a bigger conspiracy behind the victims’ killing. 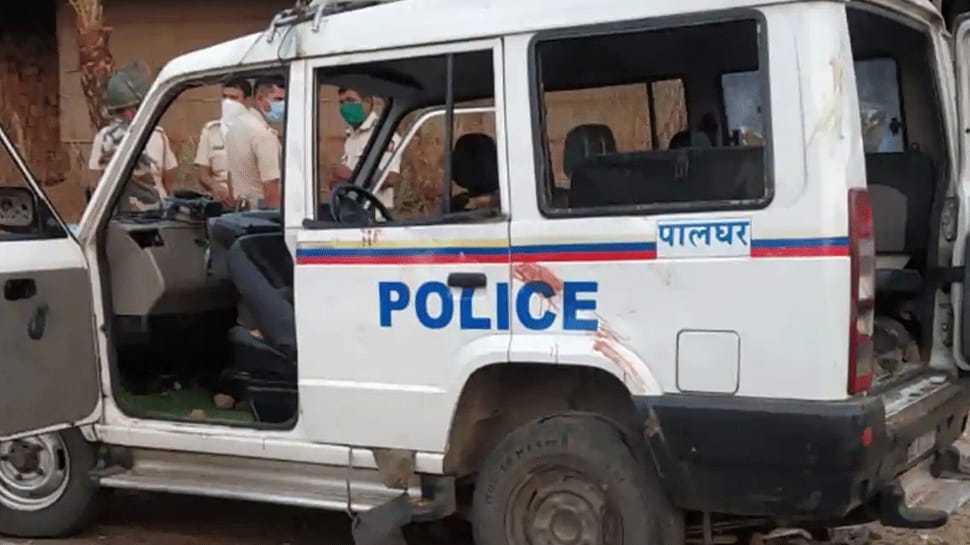 MUMBAI: While the Maharashtra Police is trying hard to arrest those responsible for the lynching of three men, including two saints Kalpavriksha Giri Maharaj, Sushil Giri Maharaj, in Maharashtra's Palghar on April 16, Zee News ground report on the incident points to a bigger conspiracy behind the victims’ killing.

The Zee News team spoke to Chitra Chaudhary, the Sarpanch of Garh-Chinchle village of Dahanu area, an eyewitness of the gruesome incident. She had first reached the place where two sadhus along with their driver were beaten to death in front of the police on that day.

"Around 8:30 pm, we came to know that a vehicle has been stopped at the check post where she reached in 15 minutes to see that the sadhus sitting inside the car," she told Zee News while adding that they greeted her from inside the car. Chitra said she also asked them who are they, and where do they want to go.

While she was talking to them, a mob gathered there and punctured the tires of the car and overturned it. Chitra claimed that she strived hard to convince people till the police arrived. People were angry at her also but somehow, she managed to calm them down for two-three hours. When the police reached the spot at 11 o'clock at night, two of the three people surrounded by the crowd managed to sit in the police car, but when the elderly monk came out of the forest post holding the hand of one policeman, the crowd went berserk and started beating him.

Chitra claimed that while trying to stop the people, she was also hurt and somehow saved her life and reached home. When she reached the check post again at around 12 in the night, she saw the dead bodies of the monks and their driver. After this eyewitness account, the question arises who instigated the mob to kill the sadhus.

The Garh-Chinchle village sarpanch has claimed that the three men were killed due to political reasons.

While trying to collect evidence, the Zee News team came to know that liquor plays an important role in this tribal region and most political parties use it as a tool to mobilise popular support. All those, including social workers and seers, who oppose this are treated as ''enemies'' by those who have massive influence and control liquor trade in the region.

The Zee News team also spoke to many social organisations which have been working here for long. They revealed how Palghar has become a battleground for political and religious supremacy due to rivalry between Christian missionaries and right-wing outfits.

Insiders told Zee News that the Christian missionaries active here have full support from the Left-wing groups and they are involved in the conversion of tribals, due to which they face stiff resistance from the Hindu religious outfit.

Over the years, Palghar and the surrounding area has become a big flashpoint between the Christian missionaries and the Hindu outfits over religious conversion.

Besides, these missionaries have full support from other political parties like NCP, which is evident from the fact that one Kashinath Chaudhary, who is the district panchayat member of NCP, was also among the mob which killed the two men. He has been accused of instigating the mob. A video has also resurfaced showing several local leaders and activists of NCP, as well as CPM, were in the crowd during the alleged mob lynching of the three men.

All this raises the suspicion that the two Hindu seers - Kalpavriksha Giri Maharaj, Sushil Giri Maharaj – might have been killed for political reasons.

There has been a rumour in this tribal area that thieves come and take the children away. The same rumour was attributed to the killing of the sadhus. But in her testimony, the Sarpanch claimed how the mob suddenly got infuriated after seeing the elderly monk with policemen and went berserk after that.

The sudden mood swing of the mob hints that the real motive was to kill the sadhus by labeling them as thieves and that too in front of several policemen.

Interestingly this tribal belt in Maharashtra, including Palghar, is also known for worshiping demon king Ravana and organising events glorifying him. This has also led to several incidents of clashes between the pro-tribal groups and the right-wing organisations.